*** While we’re going to be reviewing this cooler in a full-sized case today, the ideal placement would be in a small form factor case or your HTPC. I do have an HTPC in my house, using the Fractal Design Node 605, however I do not have any benchmarks run against it and it was never really geared to be utilized for such in reviews. 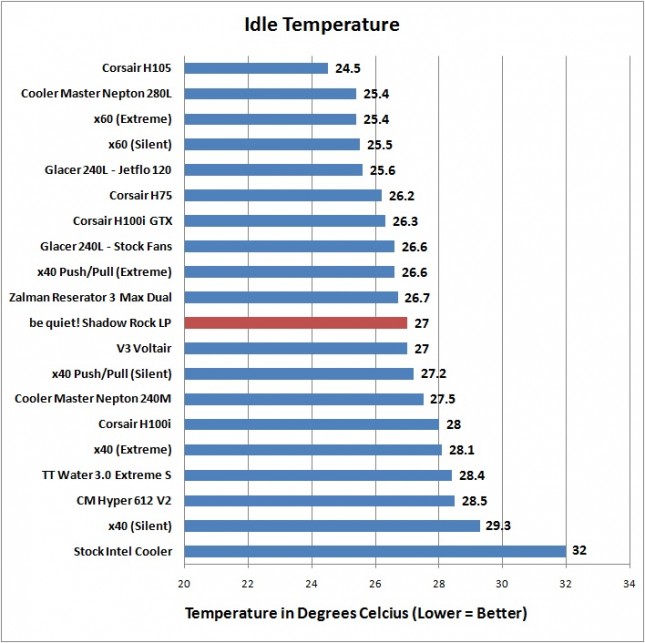 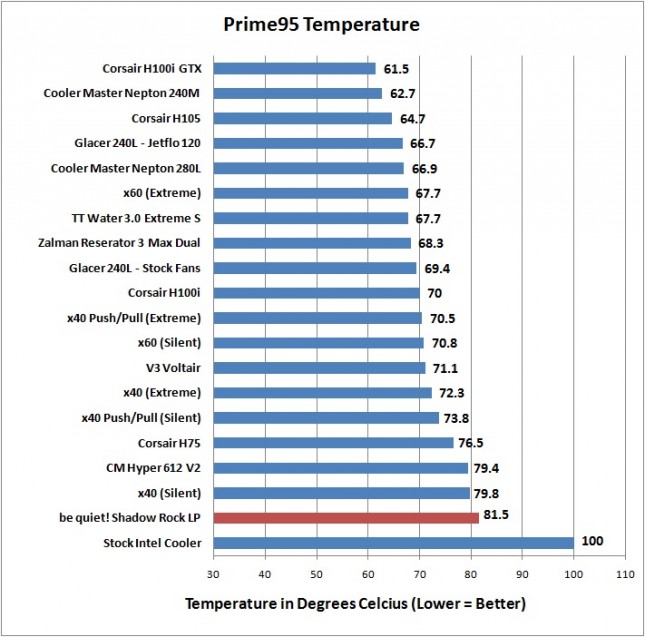 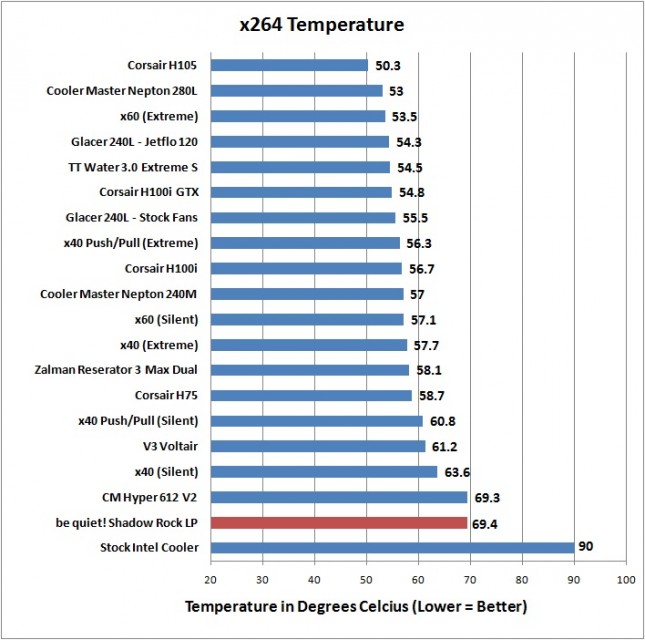 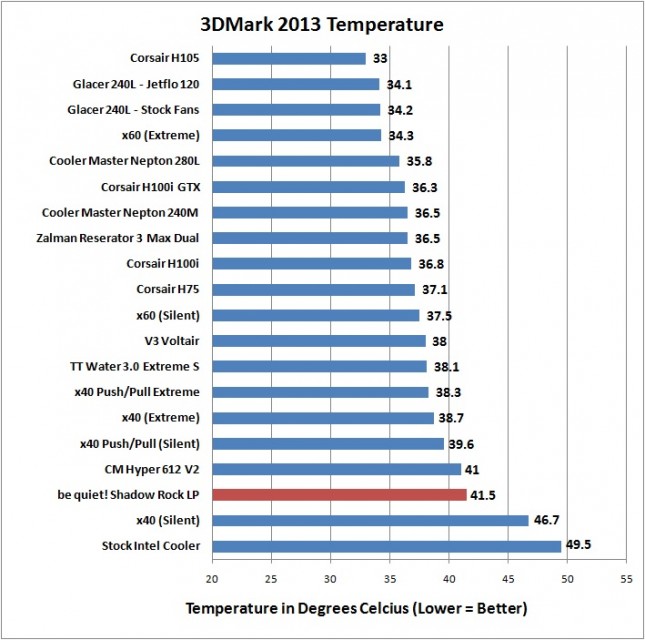 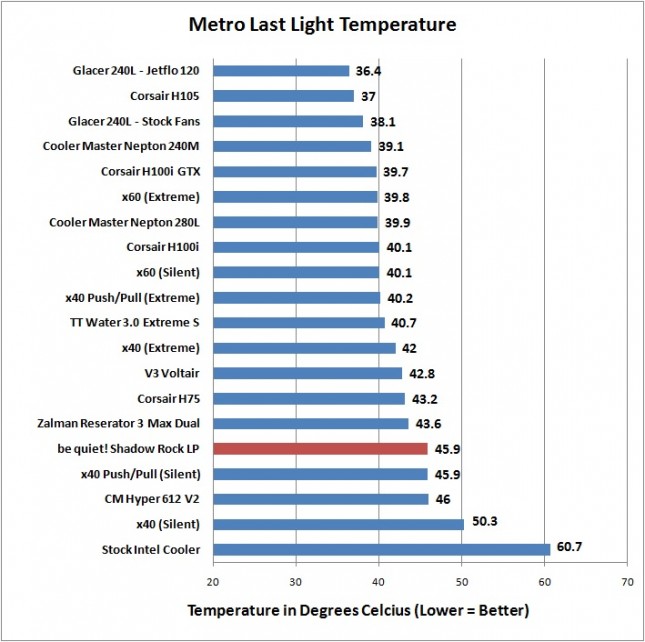 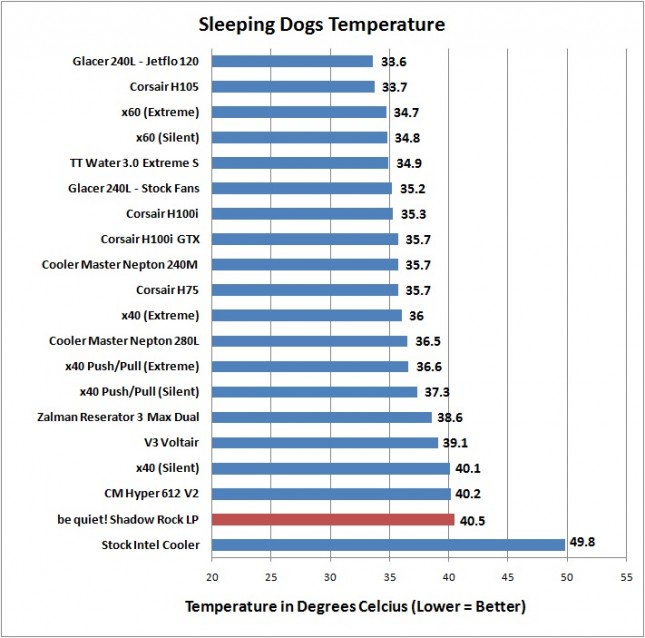 Overall Results: With not a whole lot of other air coolers to compare to from our previous testing, the Shadow Rock LP performed almost exactly like the full-sized CM Hyper 612 V2, which is impressive. Overall results were very good for a cooler of this caliber.