Overclocking with the Shadow Rock LP

Now you might be asking where the Prime95 test is. I have opted to keep those results out as my CPU was already running at a fairly high temperature on the stock frequency. The overclock was not worth risking failure of my CPU to obtain a synthetic benchmark’s results. Instead, x264 will be a much better and realistic example of taxing a CPU heavily. 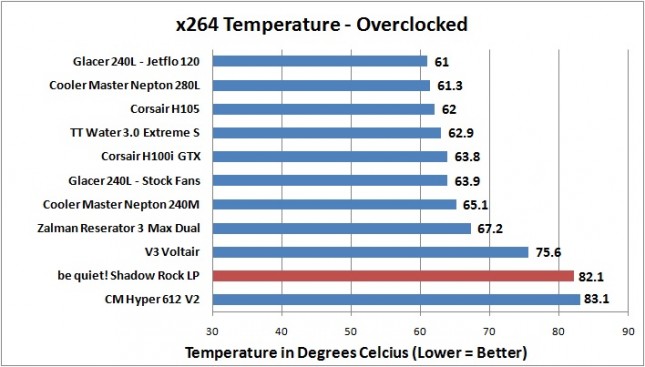 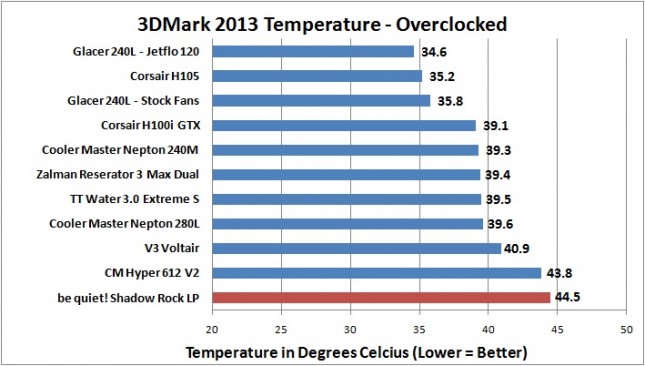 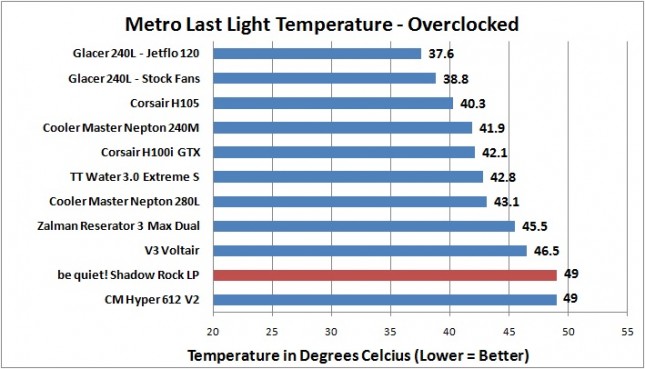 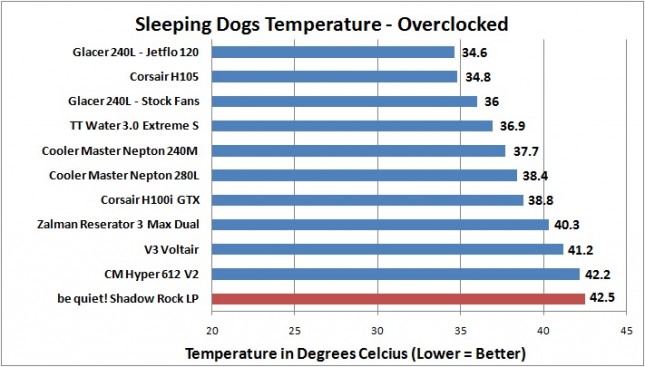 Overall Results: I did not expect a small cooler like this to respond very well to overclocking, but to my surprise it did pretty well in the gaming department. I wouldn’t bother stressing your CPU with an overclock for more demanding activities like video encoding, but gaming might be OK to an extent.