be quiet! has a very nice looking packaging with just the right amount of detail and information to get your attention. The front of the box straight up tells you that it can handle a TDP of 130 watts, plus it’s compatible with Intel and AMD sockets. The left and right hand sides tell you how you can utilize the Shadow Rock LP in various languages. If we look at the rear of the box, we will then find a whole set of technical specifications. The very top of the box shows us the name and TDP again.

Opening up the box you will discover that everything is compartmentalized. The cooler itself is protected very well inside this box.

A first look at the cooler you will probably notice the caps on the ends of the heat pipes. be quiet! took notice that these can be pretty ugly when they’re just crimped at the end. You should be able to tell that the cooler is very low profile. 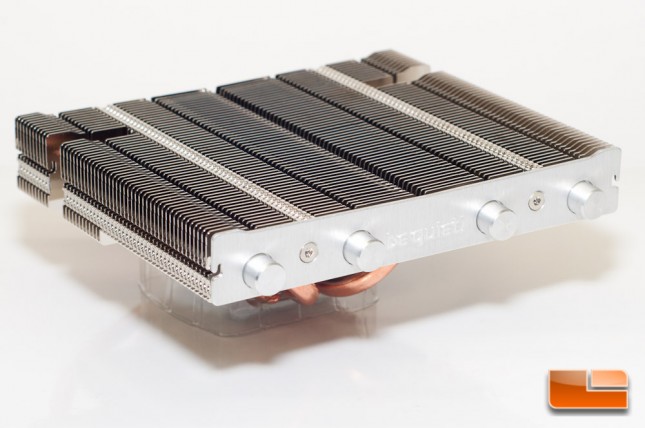 Flipping to the opposite end, you will see the four heat pipes going into the main heatsink and the ends of two heat pipes sticking out from the secondary heatsink. Unfortunately these ends were not capped off, but rather were just crimped. While you cannot see it in this picture, the other two heat pipes have the crimped ends on the base where they start. None of this is a deal breaker, but rather a worthy mention. They are so close to the already exposed copper colored heat pipes that it doesn’t really matter – they just blend right in. 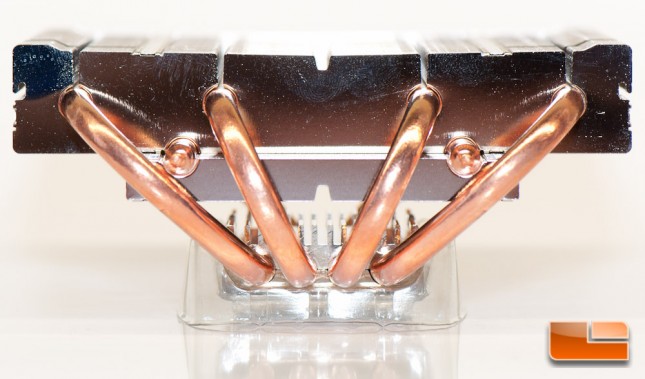 Flipping the cooler over, you will find the pre-applied thermal paste on the base. There is no included syringe with this kit, so you will have to supply your own if you decide to move this cooler to another system. The bottom is protected with a plastic cap from the factory, but removed in the below shot. 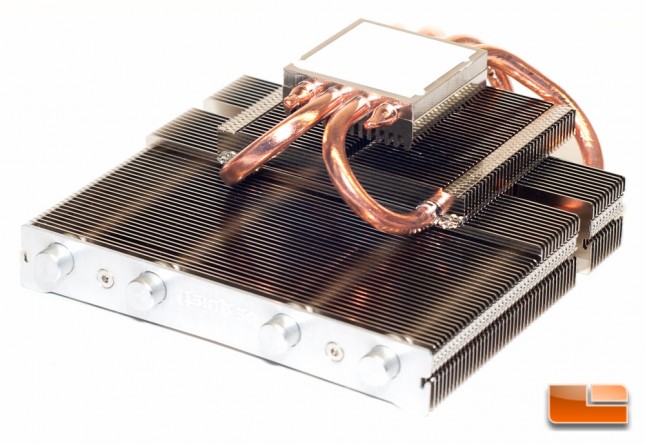 At the base you can see that there are two pieces that sandwich the heat pipes. There are also teeth at the very top of it, which are utilized during installation. There will be a bracket that will fit into them and firmly hold the cooler to the other mounting hardware.

The included hardware will allow you to install this with any modern Intel or AMD socket CPU.

This wraps up the introduction to the cooler and the packaging, so lets move on and see how easy this low profile cooler is to install!