Today we will compare the Prolimatech Lynx to the Intel stock cooler. 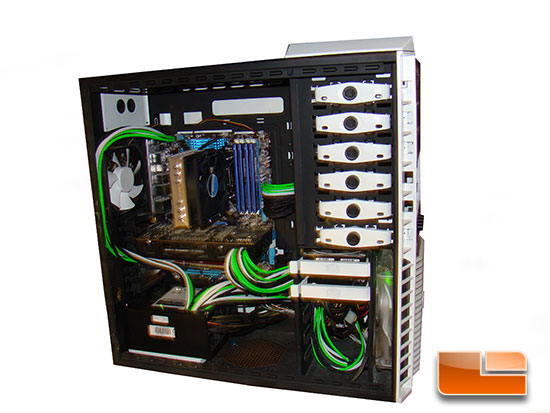 These are the specs for the test system. 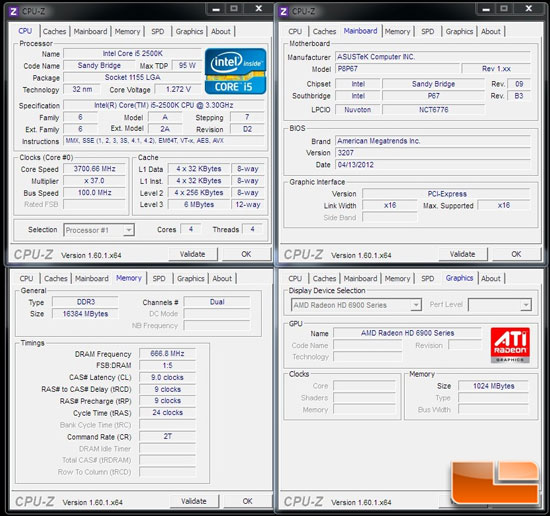 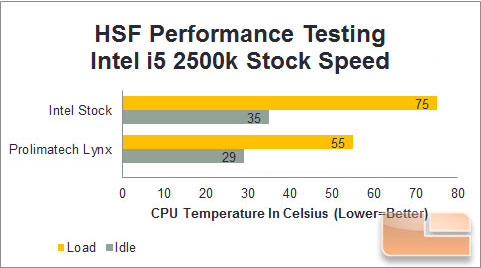 It was no surprise to me that this cooler would best the stock cooler. At stock speeds, the stock Intel cooler didnt stand a chance. The Lynx went above and beyond my expectations for a three heat-pipe cooler. Rolling in at just 55 degrees Celsius under full load, this cooler kept my CPU both cool and quiet. 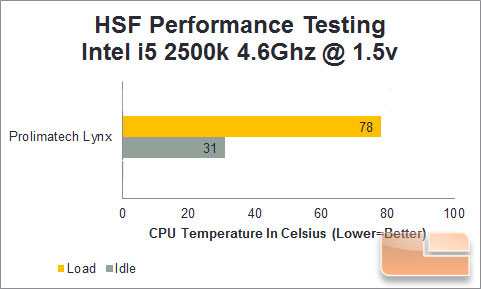 I figured that this cooler was small to do any serious overclocking, but I went ahead and tried a reasonable overclock at 4.6GHz at 1.5v. I was very surprised to find that the Lynx actually out-performed the old bulky Coolermaster V8. This proves that more heat-pipes dont always make a difference. Prolimatech has put some serious care into the design of this cooler.