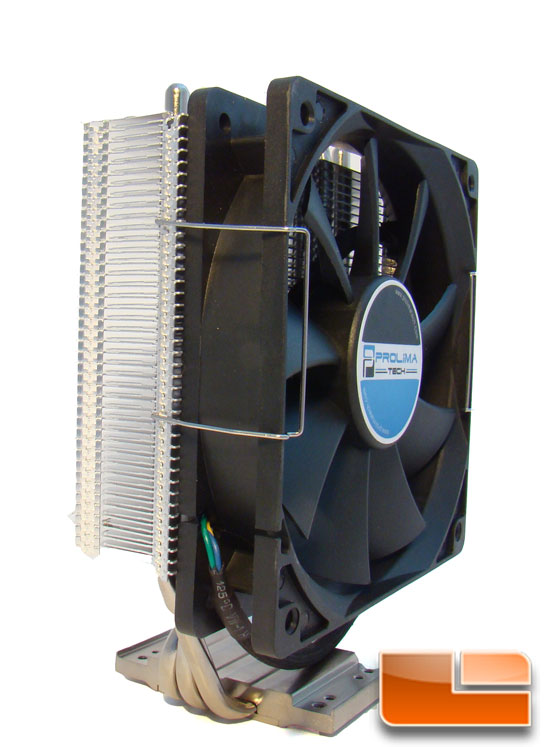 Today well be taking a look at the Prolimatech Lynx CPU cooler. As far as I can tell, this cooler is not available for purchase in the United States, but we asked Prolimatech and were told that the MSRP is $34.99. That being said, this cooler is aimed for the lower range of the market. The Lynx is currently the baby of Prolimatechs family of rather large coolers. Sporting just three nickel-plated copper U-Shaped heat-pipes and a slim figure, not to mention an affordable price, the Lynx looks to be a great replacement for any stock cooler. Lets take a look. 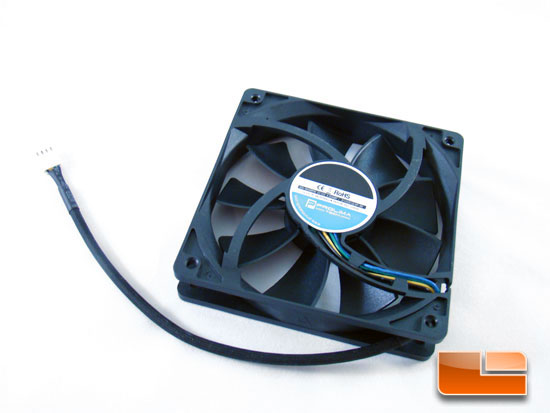 Like most coolers in its class, the Lynx is boxed with a sleeve bearing 120mm fan that produces around 57 CFM. The fan is plain black with no LEDs. The Prolimatech stickers on the front and back along with the black sleeved cable give this fan a nice clean look. This fan is capable of speeds between 800 and 1600RPM. A 4-pin PWM (Pulse Width Modulation) connector is used to allow for varied speeds depending on your fan profile/CPU temperature.