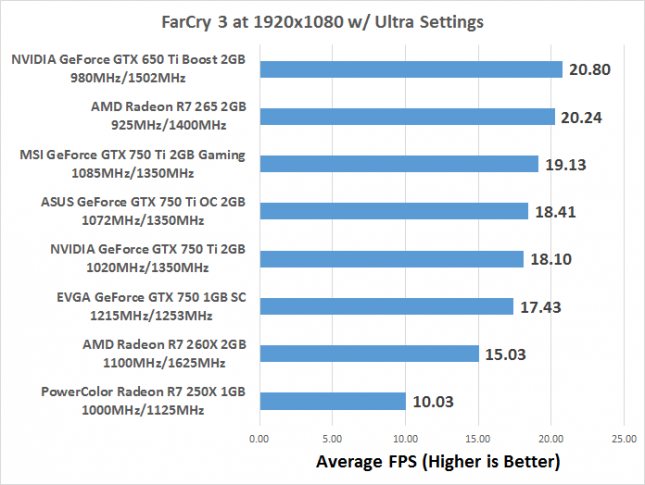 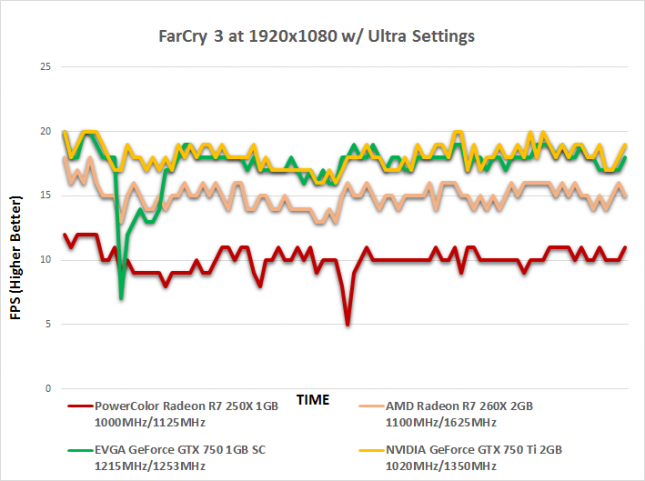 Benchmark Results: The AMD Radeon R7 250X had a hard time with these settings and you can see that it dropped down to just 5 FPS for a second when a scene in the game caused the cards frame buffer to fill up. The easy fix for this is to disable 8x MSAA as that will lower the frame buffer requirements, but we like to keep it high to show differences like this. If you are gaming at 1080P there are some instances where 2GB of frame buffer are needed with very high image quality settings enabled.