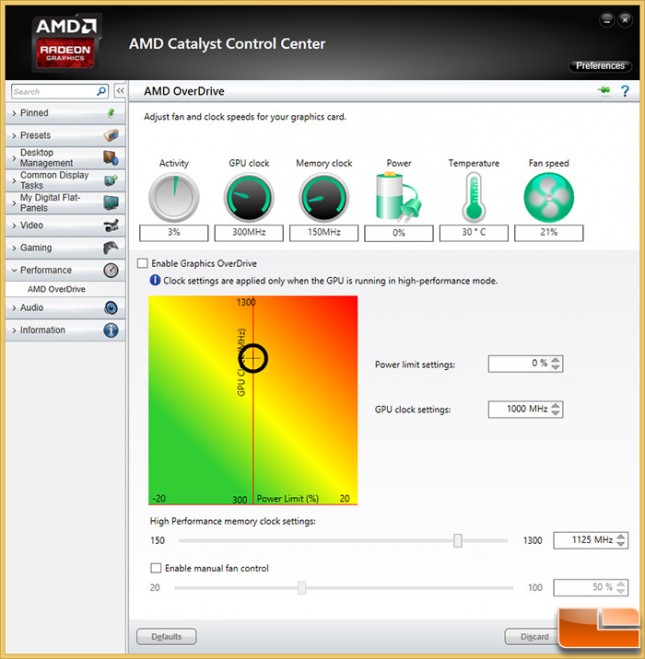 The PowerColor Radeon R7 250 1GB comes clocked at 1000MHz on the core and 1125MHz on the memory. You can increase the GPU clock speed by 300MHz up to 1300MHz and the power limit by 20% using the heatmap. Below the heatmap there is a slider to overclock the memory by up to 1300MHz as well. You can also control the fan speed manually with AMD OverDrive if you wanted to do so. 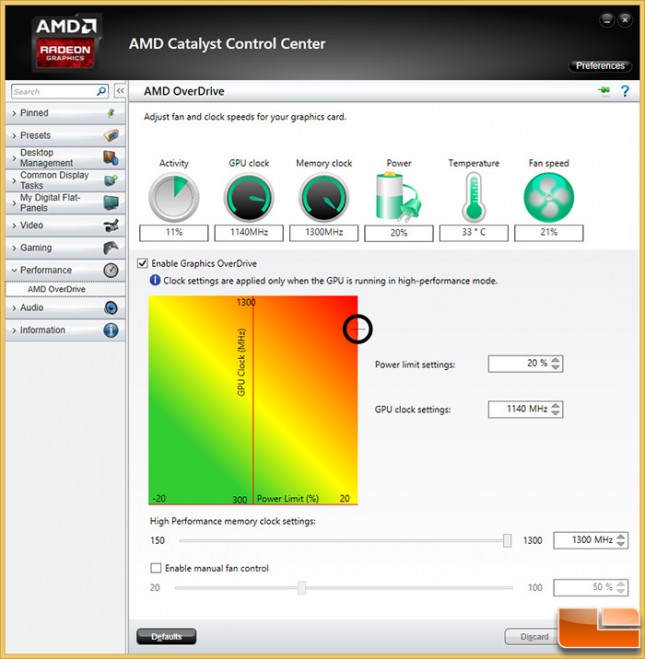 We were easily able to overclock the PowerColor AXR7 250X 1GBD5-HE to 1140MHz on the core and 1300MHz on the memory. With these clock speeds we were able to get noticeable performance improvement in most game titles without any tearing or artifacts. 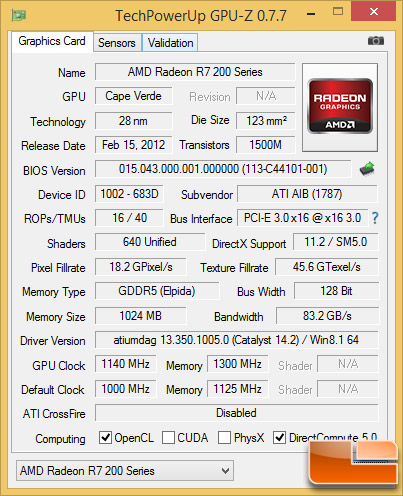 By overclocking the PowerColor AXR7 250X 1GBD5-HE video card we were able to take the score of 2823 and raise it up to 3129. This is a 306 point increase in our overall 3DMark score, which represents a nice performance gain of 10.8 percent. Our 140MHz core clock increase on the 1000MHz core is a 14% increase, so seeing an increase of roughly 11% is right about what we expected as you rarely get an exact 1:1 increase when it comes to overclocking.