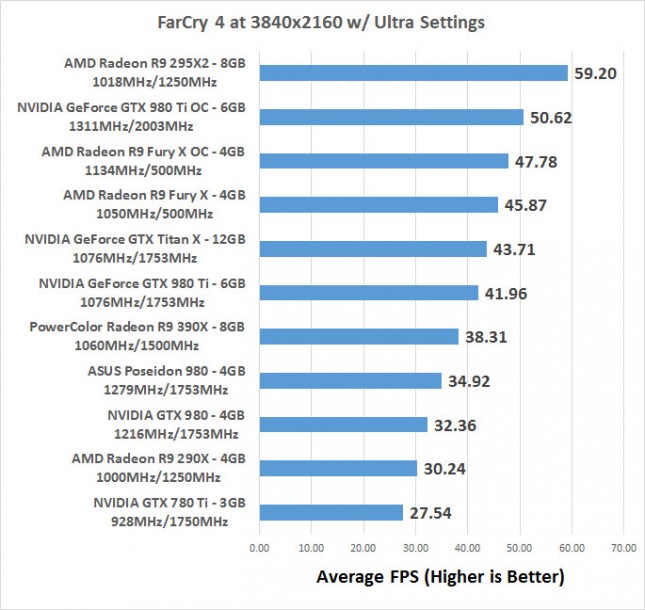 Benchmark Results: In Far Cry 4 the PowerColor PCS+ AXR9 390X averaged 38.31 FPS and the Radeon R9 290 X averaged 30.24 FPS. GPU-Z showed that we were using 4.3GB of frame buffer when running this benchmark test, so it looks like that 8GB of memory will help in some situations! The PowerColor PCS+ AXR9 390X easily beat the GeForce GTX 980 reference card and even the factory overclocked ASUS Poseidon GTX 980! 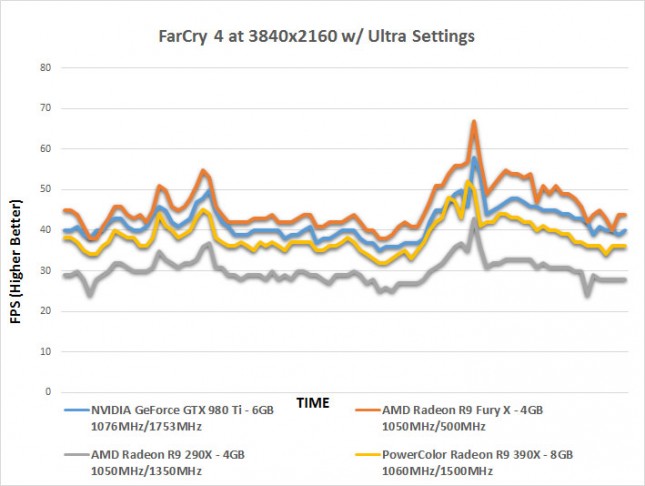