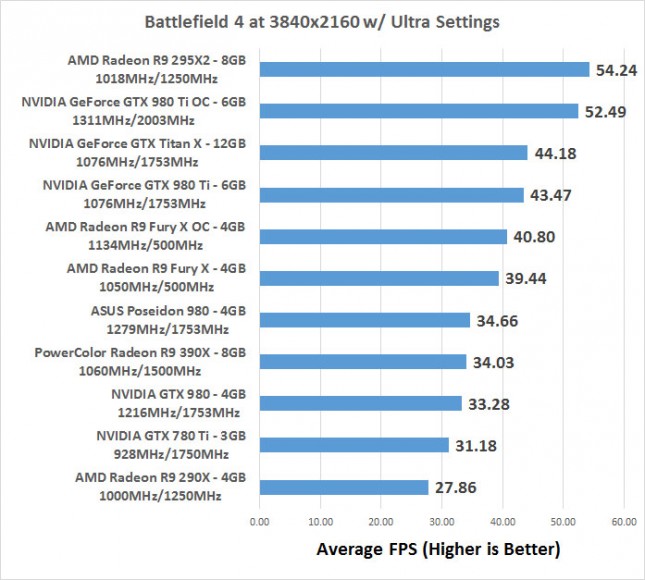 Benchmark Results: In Battlefield 4 with Ultra settings at 3840×2160 we found the PowerColor PCS+ AXR9 390X 8GB video card coming in at 34.03 FPS, which is less than 1 FPS faster than NVIDIA GeForce GTX 980 4GB reference card! This is a big bump up in performance, so it is also likely that there were some driver improvements in the latest beta driver that also helped the 390X’s level of performance. 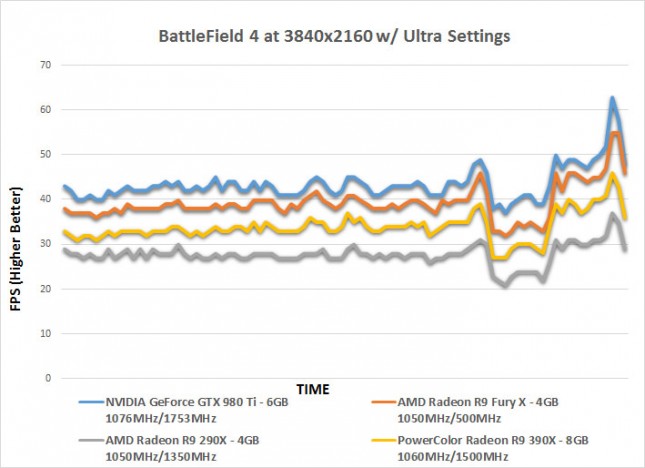 Benchmark Results: The frame rate over time chart shows that all of the cards are very similar, but are all performing in different ranges.