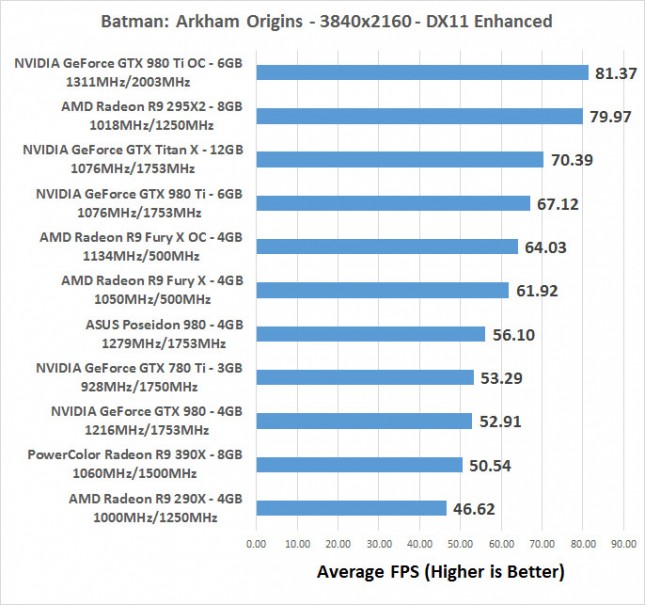 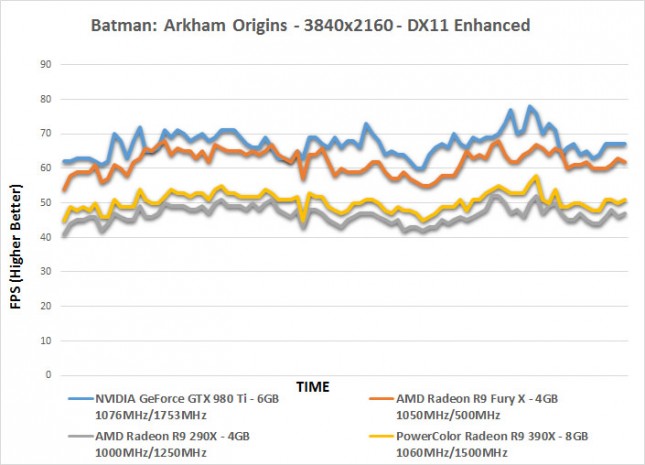 Benchmark Results: When you look at performance over time it should be a shock to anyone to see the Radeon R9 390X mirroring the Radeon R9 290X, but at just a slightly higher level of performance. The larger 8GB frame buffer might come in handy on some 4K multi-monitor setups, but on our single-monitor setup we never saw it make a difference in the half a dozen games that we tested.