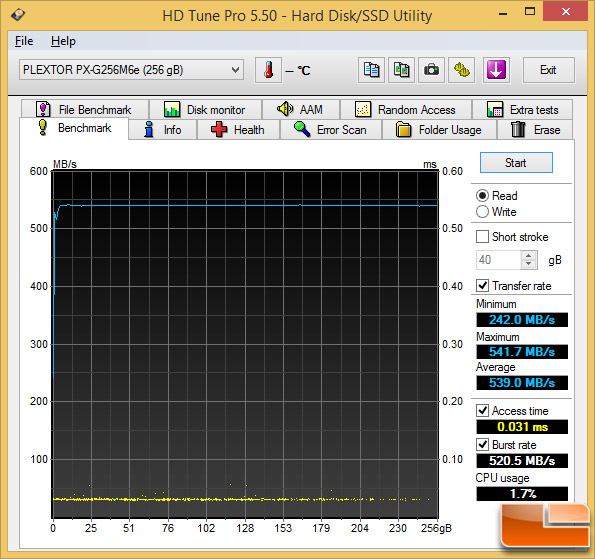 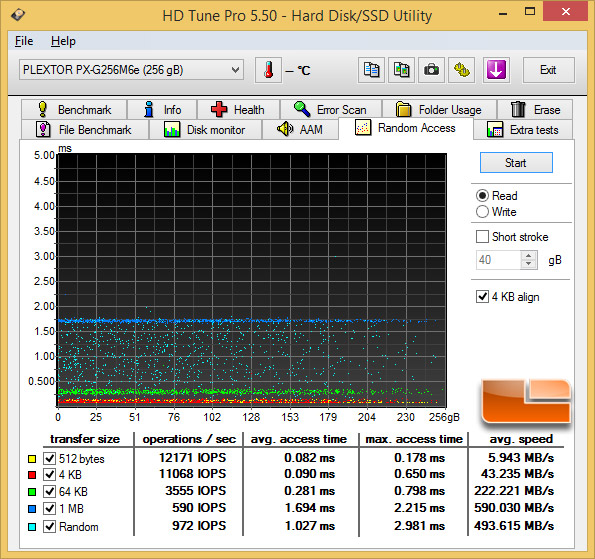 Benchmark Results: The Plextor M6e 256GB M.2 SSD does a great job on the the random access read benchmark and never had a maximum access time over 3ms on and of the transfer sizes tested! 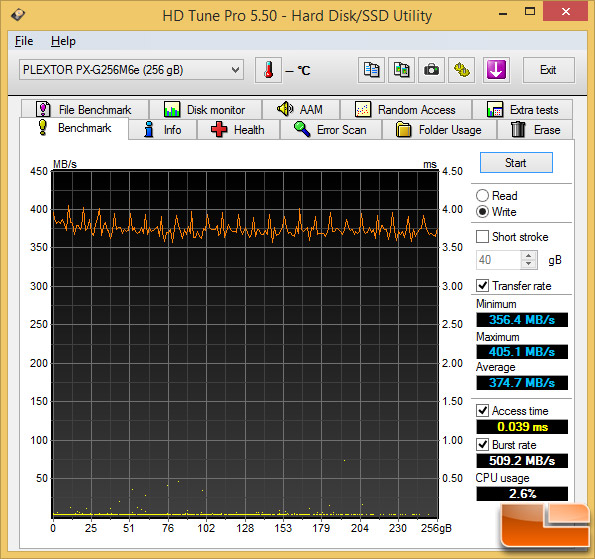 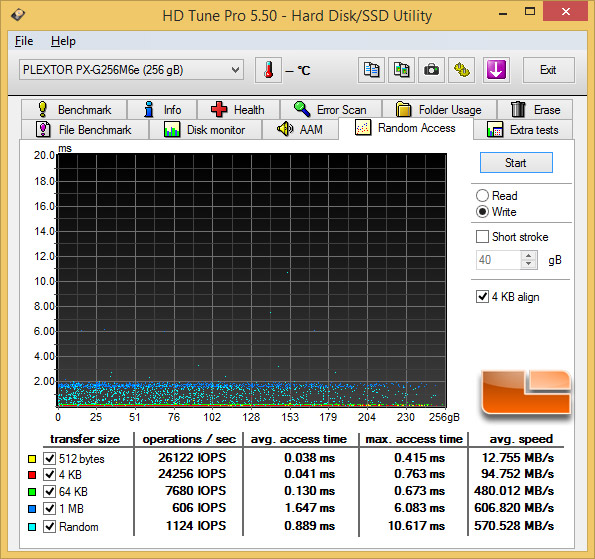 Benchmark Results: It doesn’t appear that the ASUS Hyper Express drives RAID setup is working right with HD Tune in this benchmark. 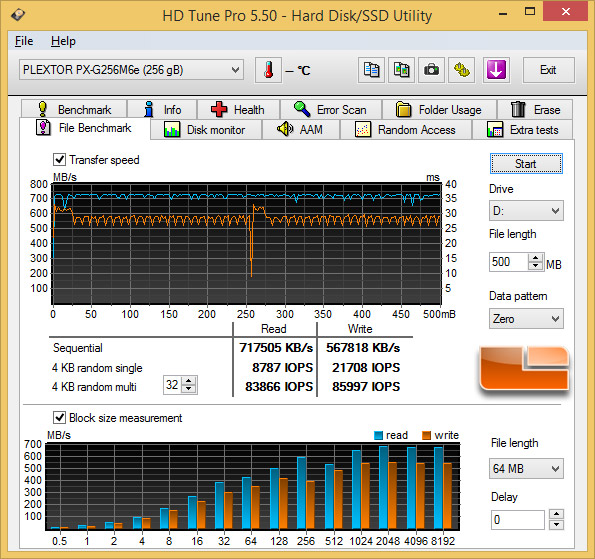