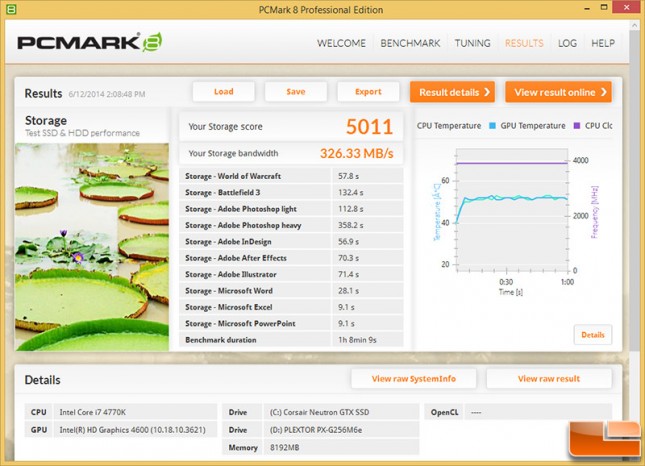 Benchmark Results: In the PCMark8 storage benchmark suite we scored 5011 with an overall storage bandwidth of 326.33 MB/s. This is the fastest performance that we have ever seen from a single consumer SSD and it is also the first time that we have broken the 5000 mark in the PCMark 8 storage test! 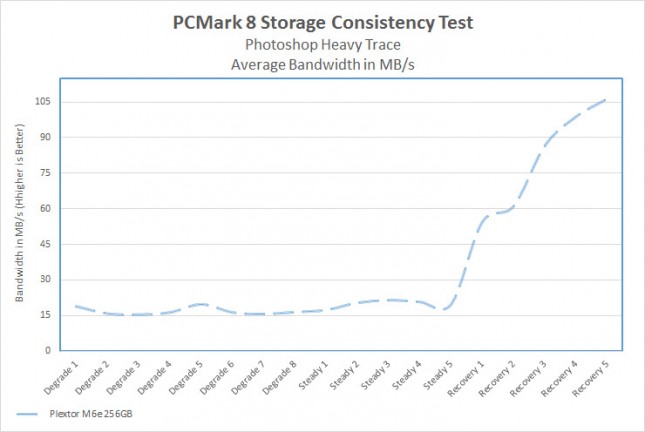 Benchmark Results: In the PCMark8 Storage Consistency Test Suite we found the Plextor M6e 256GB Drive had a tough time with the latest firmware available when we tested (1.03). The Plextor M6e 256GB drive was down around 15 MB/s of read and write bandwidth for the eight degraded benchmarks. In the steady state tests we saw a slight improvement to around 20MB/s. If the drive is allowed to recover it does perform better and in the recovery phases we started out at 55MB/s and went up to 106MB/s by the fifth and final recovery phase test run. The recovery phases are important as that is the phase that most people are in as you use your PC for a bit and then stop, which allows for things like TRIM and general garbage collection and algorithms to run. This is the first time we have run the PCMark 8 Storage Consistency Test Suite, but we like it and plan on using it for future SSD reviews. The only downside to this test is that it takes roughly 20 hours to run. 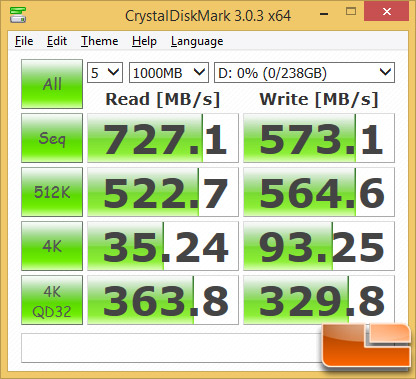 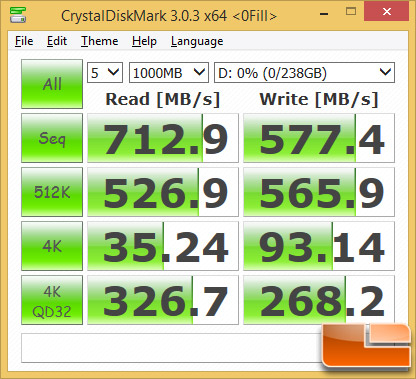 Benchmark Results: The Plextor M6e 256GB M.2 SSD topped out at 727MB/s read and 573MB/s on the sequential test when we ran the drive on the CrystalDiskMark storage test. The 4K scores were 35.24MB/s read and 93.5MB/s write. We also ran the 0Fill test and got a slightly lower sequential read score, but the write speeds jumped up to 577.4 MB/s.