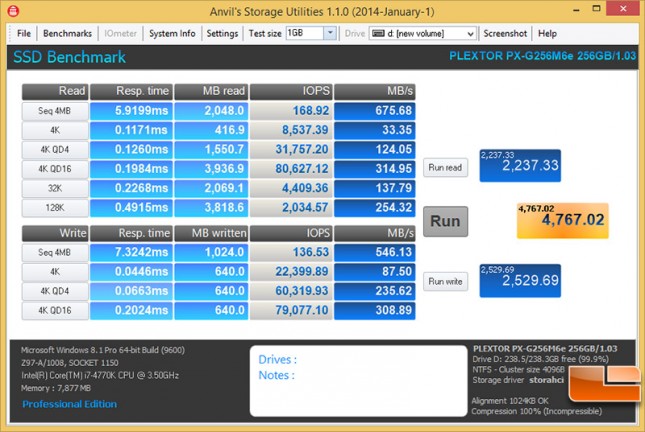 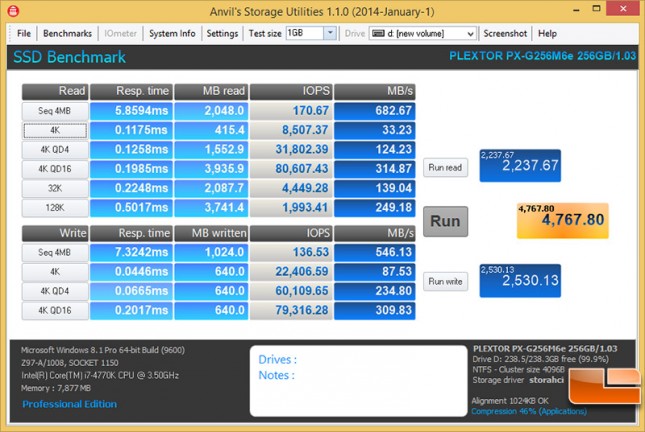 Benchmark Results: The overall Anvil SSD Benchmark score was 4,767 with 100% compression (incompressible data) and we were able to get exactly the same score with 46% compression! IOPS performance was right around 80,000 on the both the read and write 4K QD16 test.