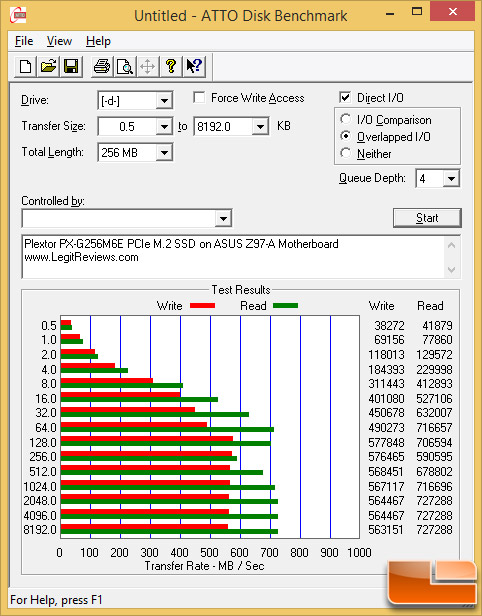 Benchmark Results: ATTO showed the Plextor M6e 256GB M.2 SSD maxing out at 727 MB/s read and 578MB/s in the standard overlapped I/O benchmark. The drive is rated at 770MB/s read and 580MB/s write, so our read speeds are a bit lower than we hoped for in this benchmark. 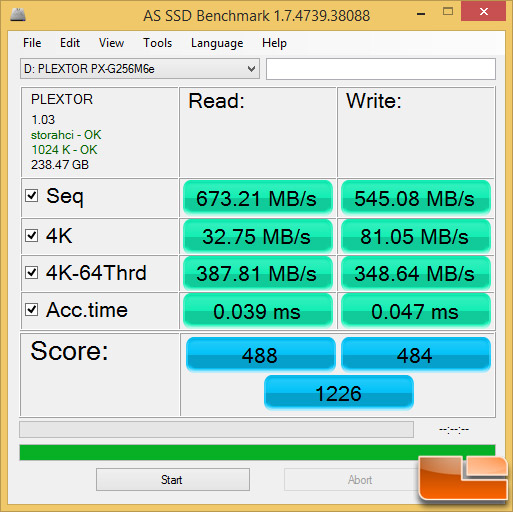 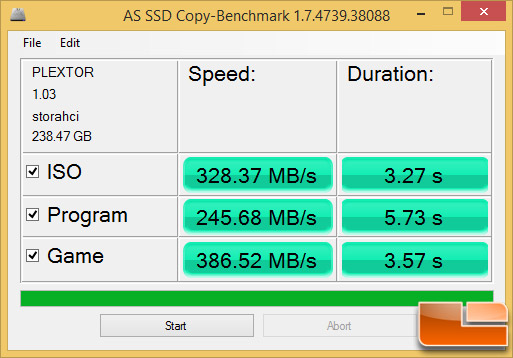 Benchmark Results: AS SSD showed the Plextor M6e 256GB M.2 SSD topping out at 673.21 MB/s read and 545.08 MB/s write in the sequential benchmark. The copy benchmark showed the speed topping out at 386.52 in the game test, which is pretty damn good for a single SSD! 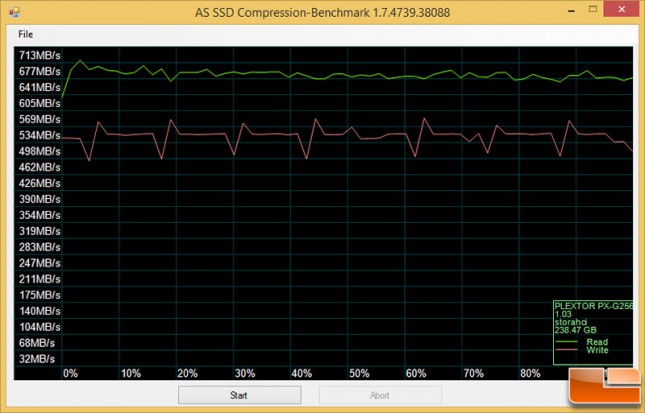 Benchmark Results: Performance on the Plextor M6e 256GB M.2 SSD appeared to be fairly consistent when it came to compressible data as read performance was just below 700MB/s over the entirety of the drive and the write scores were right around 540MB/s.