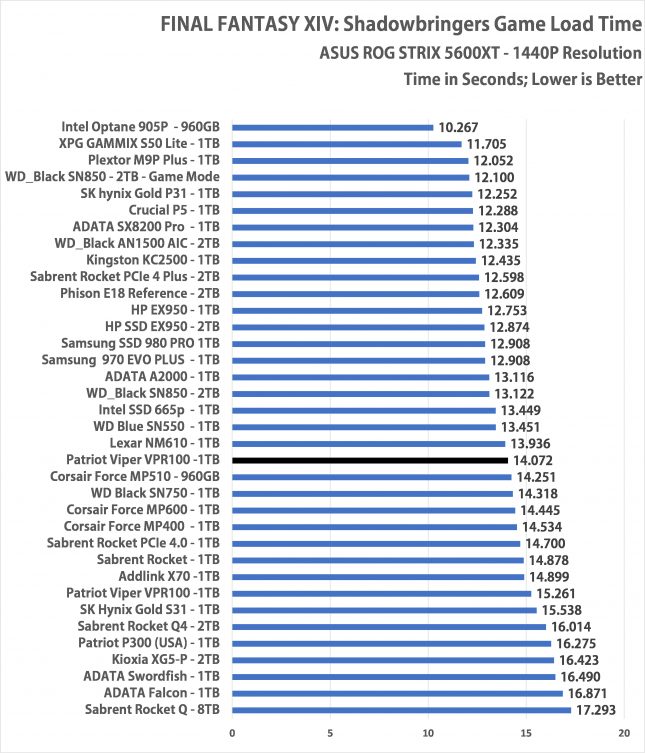 Benchmark Results: When it comes to game load times you are looking at 14.1 seconds on this game title with the VP4100 1TB drive and that puts it into the middle of the performance chart. Game load times have never been a strong point for Phison E16 controllers, so this was expected.