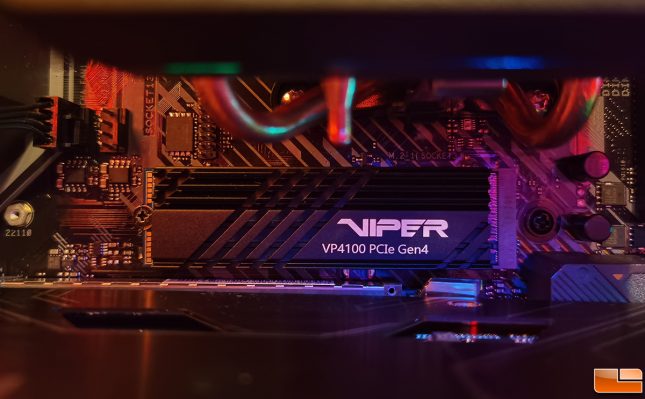 Using the S.M.A.R.T. temperature sensor we found the Patriot Viper VP4100 1TB drive had a minimum temperature 0f 39C, a maximum temperature of 67C and an average of 43C inside our test system with the tempered glass panel on during our period of testing.

The heatsink on the VP4100 did a great job keeping the drive cool! There was no thermal throttling experienced during testing and there should be no heat concerns in a properly cooled system.

The Patriot Viper VP4100 is not a new drive by any means, but it still remains to be one of the fastest SSDs on the market today. Phison’s E16 controller appears to run better than ever with v13.0 firmware and this drive should be appealing to those that have a platform that can take advantage of the PCIe 4.0 interface. We were able to reach the drive top rated read speed of 5,000 MB/s and came fairly close to the 4,400 MB/s write speed in CrystalDiskMark. The heatsink that comes on the VP4100 PCIe Gen4 SSD keeps it from overheating as heat these drives to generate a fair bit of heat. 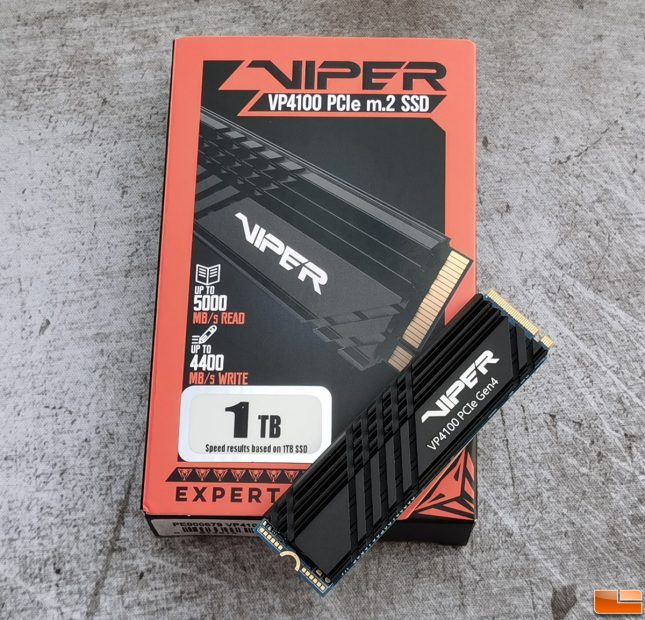 Not only does it run fast, but it also looks good thanks to the aggressive looking black heatsink that Patriot is using. This is a mature drive that has delivered solid performance for more than a year, so there really isn’t anything to be concerned about on that front. It comes backed by a 5-year warranty and the 1,800 TBW endurance rating is about as good as you are going to get on a 1TB drive. That comes out to just over one complete drive write per day over the 5-year warranty period!

Legit Bottom Line: The Patriot Viper VP4100 PCIe Gen4 SSD is fast, but they are getting tough to find at a good price this late in the product life cycle.