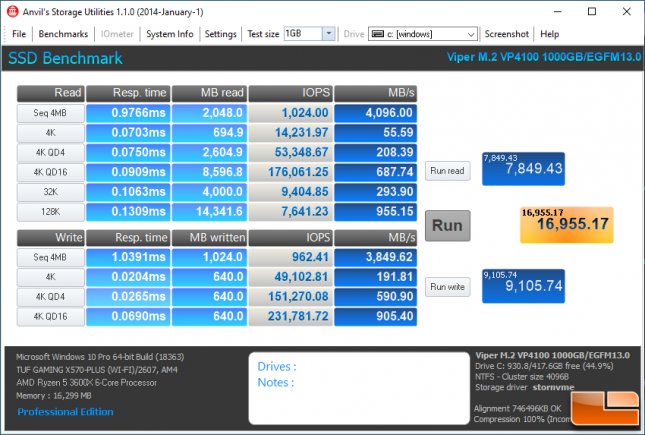 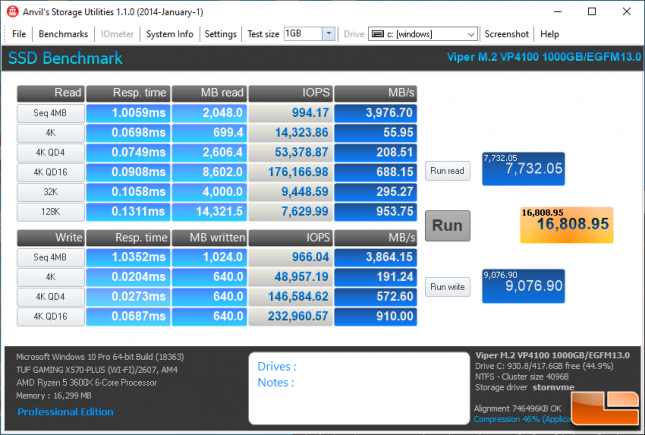 Benchmark Results: The benchmark results from the most recent build of Anvil SSD Benchmark showed that with 100% compression (incompressible data) that the Patriot Viper VP4100 1TB SSD scored 16,955.17 points in the standard test with 100% compression. The Phison E18 reference drive scored 19,449.39 points on this same test, so we about 12.5% slower than the new drive on this benchmark.

We were also about 8% faster than the Corsair MP600 1TB drive with the Phison E16 controller and firmware v11.3. The Patriot Viper VP4100 does not have hardware-accelerated AES 256-bit encryption support enabled and the Corsair Force MP600 does. So, these two drives use the same controller and TLC NAND Flash, but are running different firmware versions and have different features enabled. 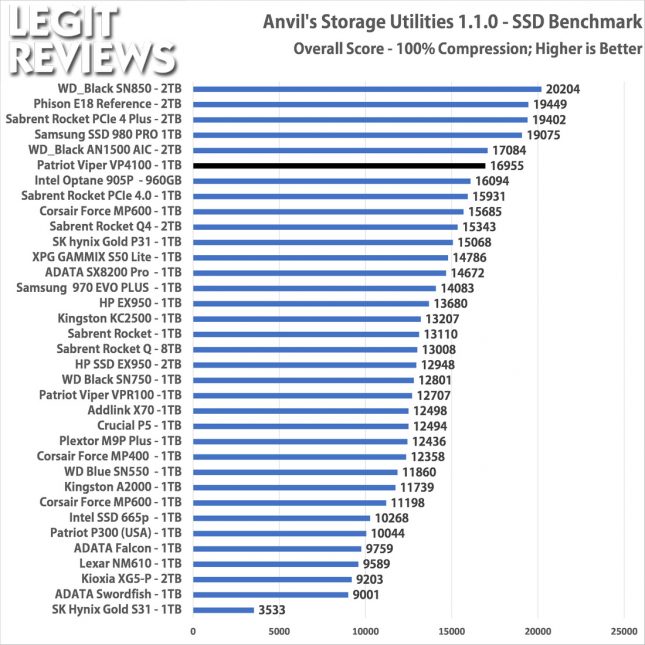 Phison E16 and E18 powered drives have done well over the past year compared to rival drives and are near the top of the chart when you look at all the drives that we tested in 2020.