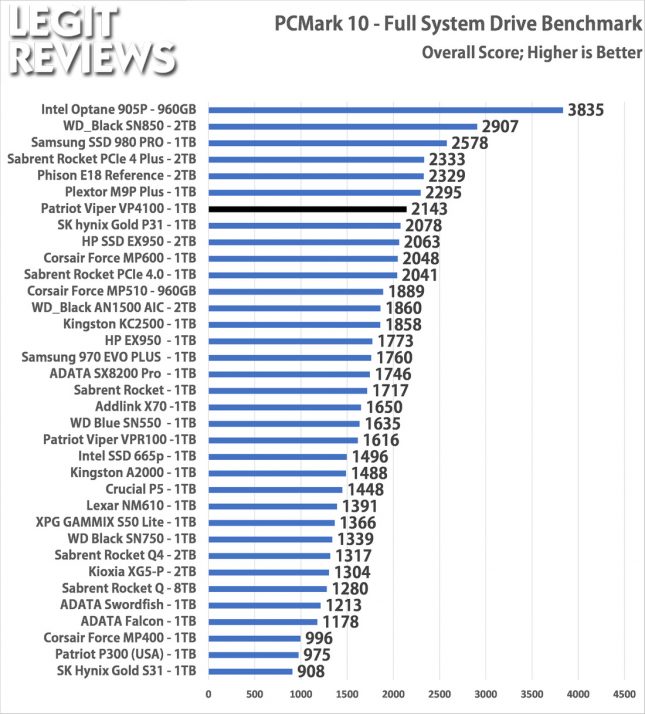 On the full system drive benchmark the results had the Patriot Viper VP4100 1TB scoring 2,143 points and that is the best score that we have ever seen from a Phison E16 based SSD! 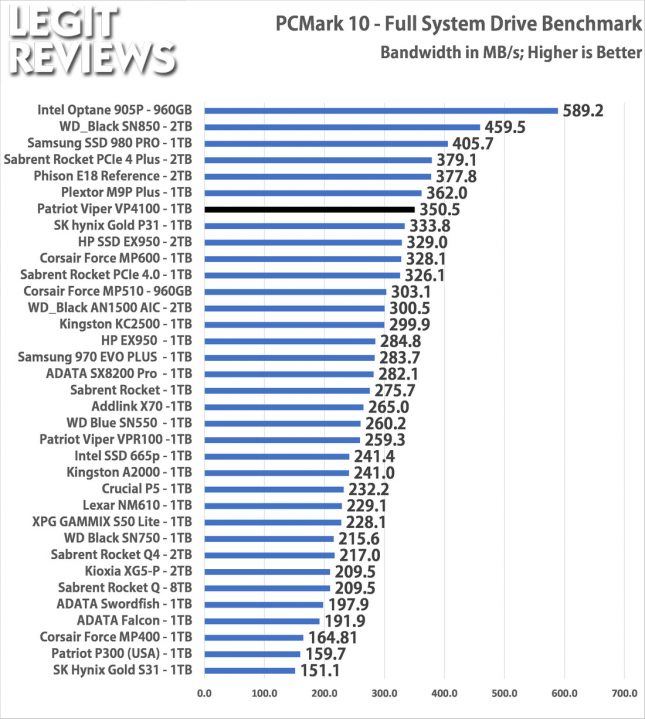 The PCMark 10 Storage Benchmarks overall score is calculated from the bandwidth and average access time sub-scores. The bandwidth subtest is defined by UL in PCMark 10 as bandwidth = bytes / busy_time_for_read_and_write. Here the Patriot Viper Vp4100 averaged 350.5 MB/s. 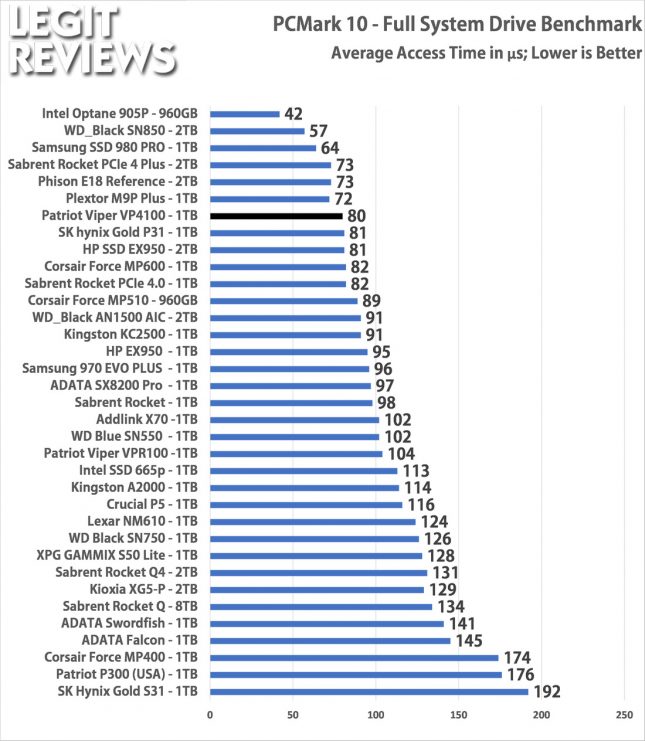