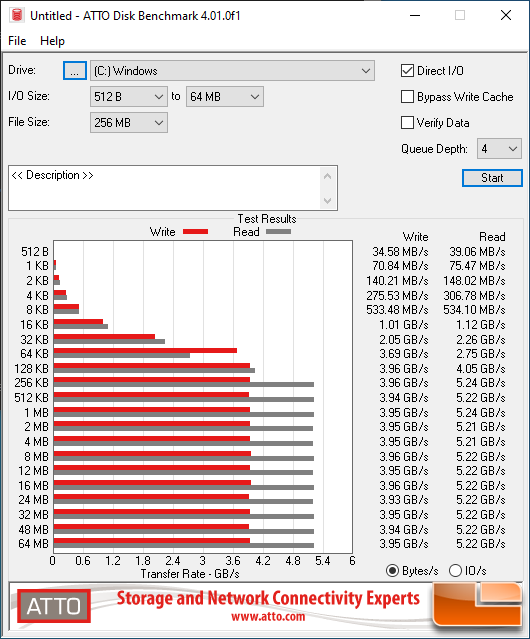 Benchmark Results: On ATTO Disk Benchmark the Patriot Viper VP4100 1TB model is rated as reaching speeds of up 4.7 GB/s read and 4.2 GB/s write as an empty secondary drive. On our primary boot drive filled to 55% capacity we managed to get the VP4100 SSD up to 5.24 GB/s read and 3.96 GB/s write. 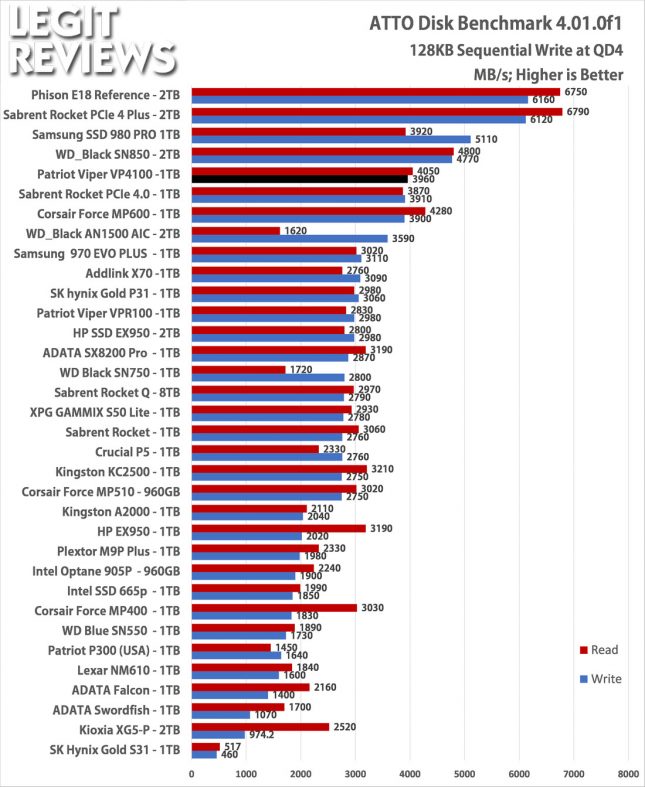 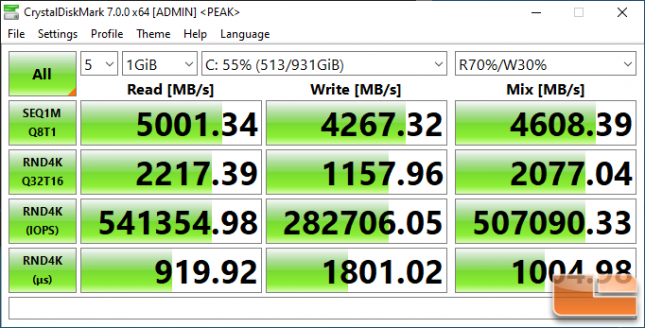 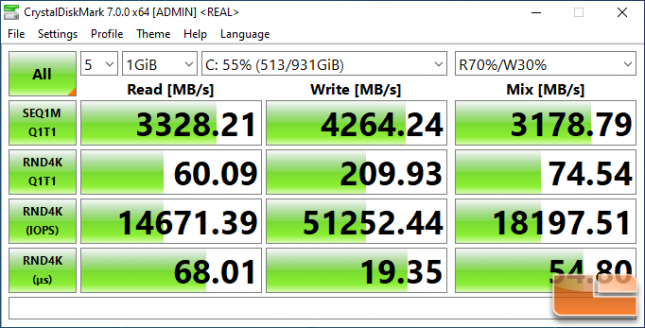