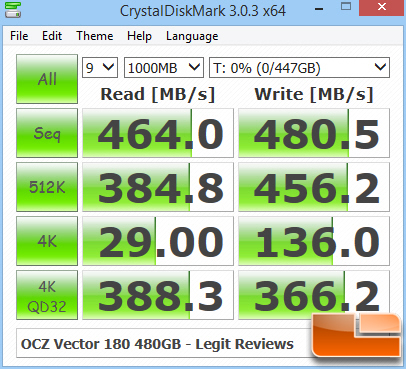 Benchmark Results: The results here are interesting as the Vector 180 puts up some pretty nice numbers but a fair bit off of where the Vector 150 was when we tested it. 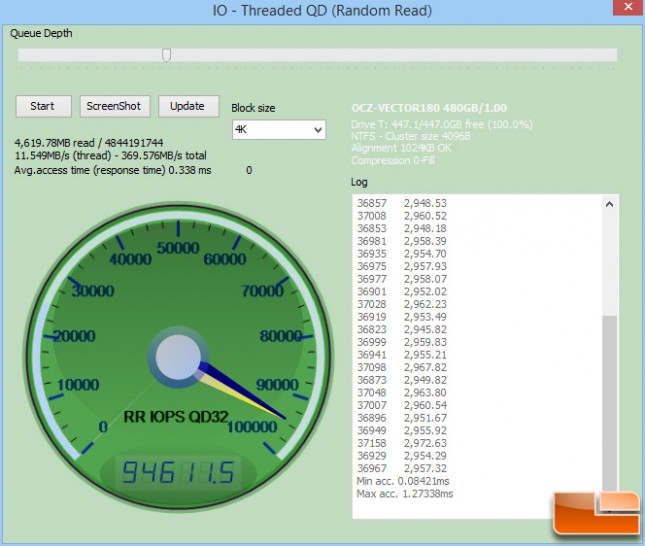 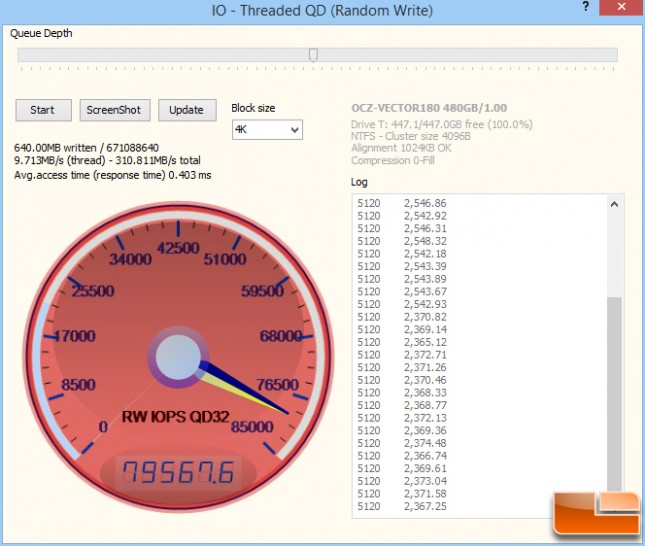 Benchmark Results: The IOPS performance that we see is a little lower than the rated specs but pretty close to what we saw with the Vector 150. Overall, it’s hanging right in there with all of the other drives.