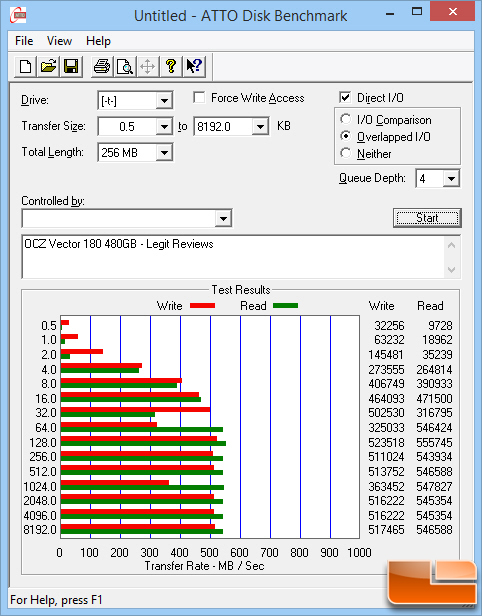 Benchmark Results: We’re not sure what’s happening with some of the anomalous performance numbers in the middle file sizes but it was consistent every time we ran it. Outside of these, the performance as top notch and performance that’s very close to OCZ specifications and pretty close to that of the Vector 150. 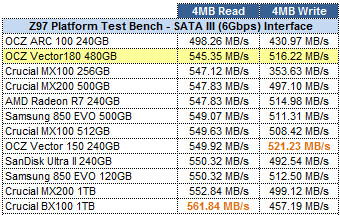 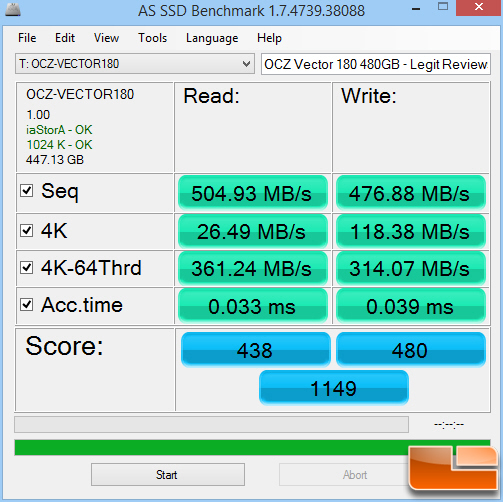 Benchmark Results: As we’ve seen with the Indilinx controllers before, performance doesn’t take too much of a hit on this benchmark and in this case, the Vector 180 posts an overall score just slightly better than that of the Vector 150. 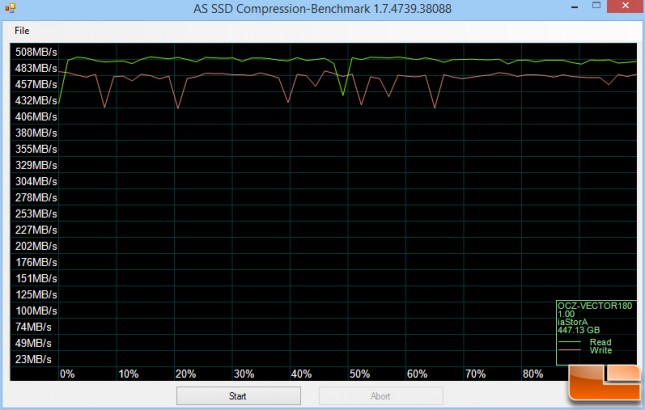 Benchmark Results: Performance isn’t impacted by the compressibility of the data as the graph above shows.