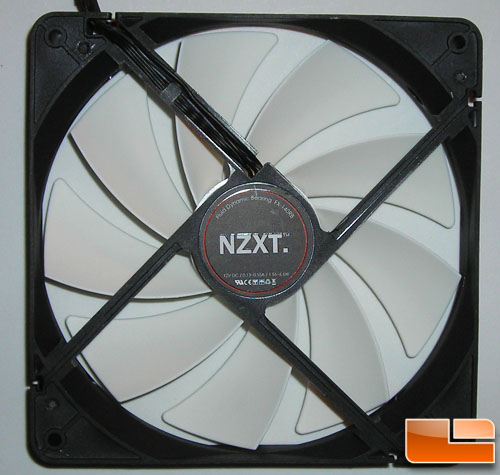 Spinning our fan around, we use the same GoogleFu to find out that this fan is another Dynatron model. Its OEM name is the DF1214025_U, which again, means that Dynatron doesn’t actually label this fan as a Fluid Dynamic Bearing. Again, not a big deal as the difference is minimal at best. 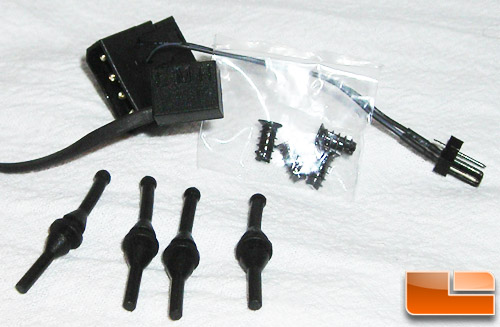 The accessory package is the exact same as the FX-120 model; we get 4 normal screws, 4 rubber screws, the 3 speed fan control, and a Molex to 3 Pin pass-through adapter. 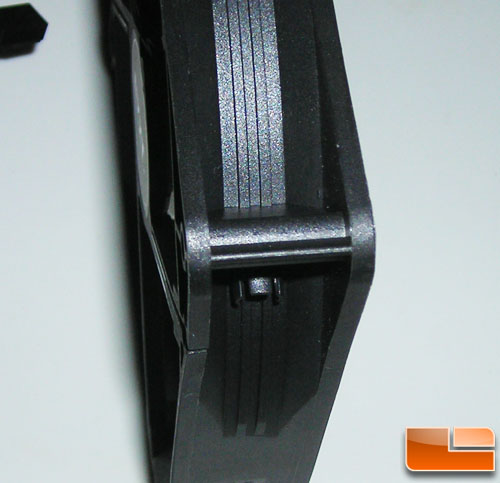 Unlike the FX-120, the FX-140 model has a closed corner; meaning its compatibility with some heatsinks may be limited. It also made using the included rubber fan screws damn near impossible. A bit of an annoyance, but that’s it really.