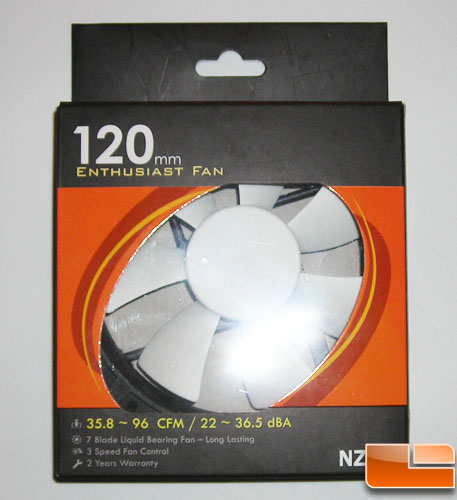 On the Front of the FX-120’s box we see basically the same information as the FS-200’s box. We’ve got a CFM rating which tells us the range it operates in (since this fan has 3 speed fan control built onto it). Likewise, we also see the Sound Pressure rating’s range. The box also tells us this fan has 7 blades, 3 speed fan control, a 2 year warranty and a Liquid Bearing which is supposed to be long lasting. 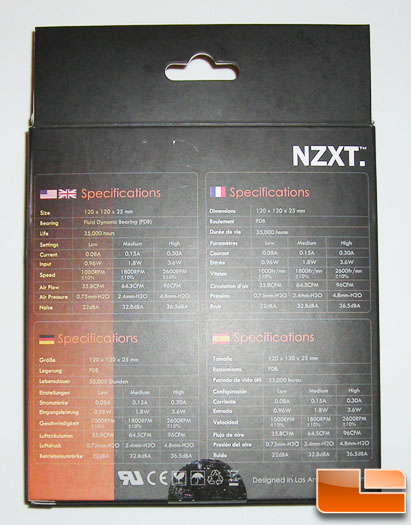 Flipping the box over, we’ve got all the specifications printed once again. Likewise, it’s in German, English, French, & Spanish. 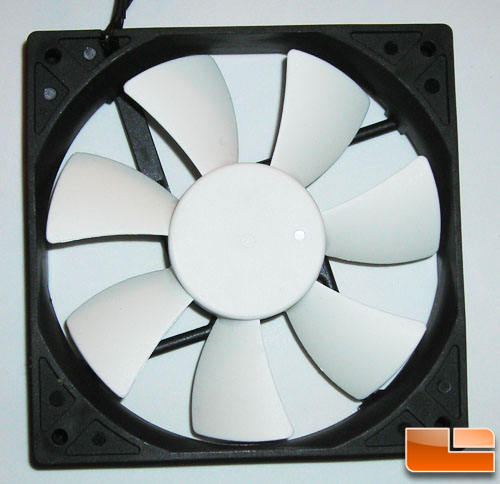 Some of you may recognize this fan, as it’s the same base design used on Antec Tri-Cool models. Its OEM name is the Dynatron DF1212025_H.