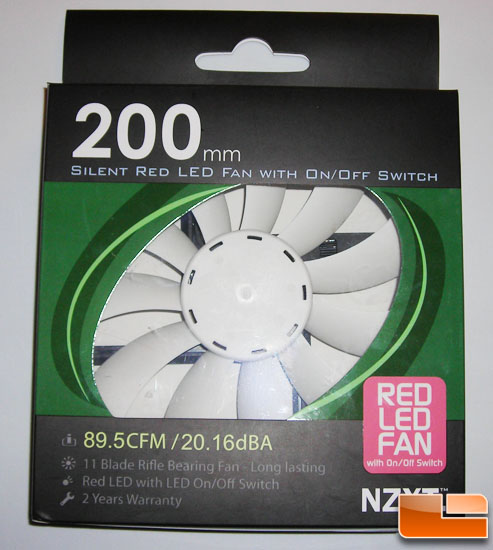 Popping to the front of the box you’ll notice my white balance was a bit off and the red comes out pink. Other than that, you may also notice that NZXT promises 89.5CFM at 20.16dB(A) of noise. Those are some pretty specific numbers, so I’ll be more than glad to test them out for them. You’ll also take note that this fan is an 11 Blade Rifle Bearing fans. The number of blades is not really important, but the Rifle Bearing is sort of disappointing considering they just introduced Fluid Dynamic Bearing fans at the same time, which last longer and perform better in terms of being quiet. Still, this is a step ahead of the competition which uses Sleeve Bearings on their 200mm+ fan designs. This fan also notes on the front of the box, twice, that the LED can be turned on and off, which is nice. As well, it has a 2 Year Warranty like I mentioned previously. 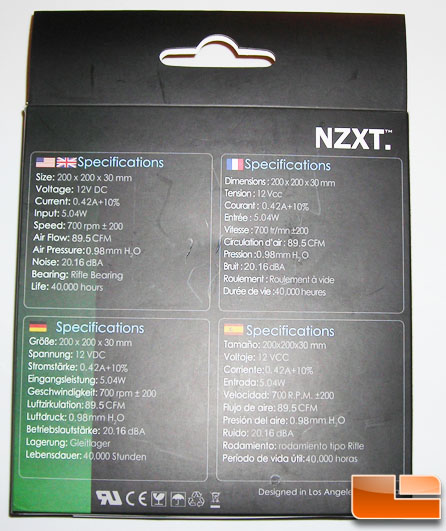 Flipping the box over, we’ll see that its specifications are printed in most major languages including English, German, Spanish, & French. The one thing I do not like is NZXT did not include the temperature rating for the MTBF. 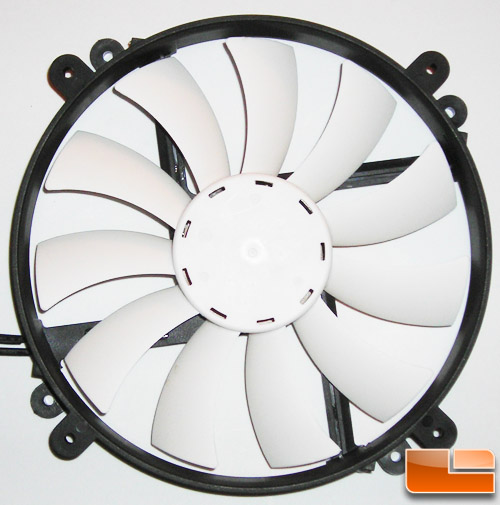 Out of the box, we’re greeted by one massive fan.