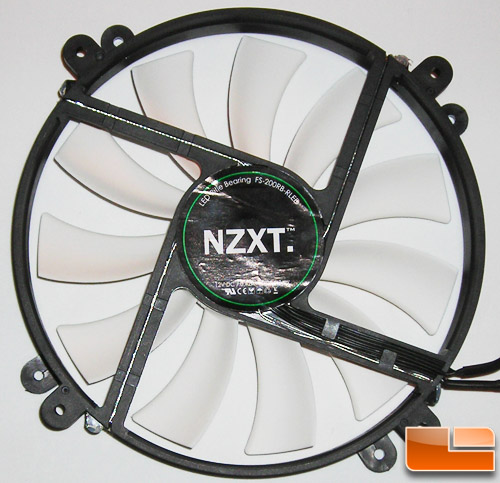 Flipping that massive fan over reveals a sticker that’s been a bit beat up. No worries though, as there was no damage to the actual product. A keen eye will also spot the two cables coming off the housing of the fan. You guessed it; two wires are for the On-Off switch of the LED and the other 3 wires are for the 3 pin fan connector.

With a bit of research, I was able to find out that Dynatron was the OEM for this fan from NZXT, as well as the OEM for their other 200mm fans. Dynatron’s OEM model is called the DF2003012*** which does come with a more standard housing that has 200mm spaced screw holes, unlike NZXT’s custom 192mm screw hole positioning. Why NZXT chose to go custom on this factor I do not know. 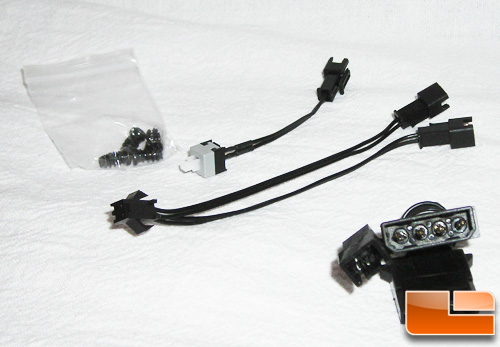 Pulling them out of the box, we have a pretty good accessory kit with 4 mounting screws, a 3pin to Molex pass through adapter, the LED On-Off switch, as well as a Y Cable for the LED On-Off switch. The Y Adapter cable is the nicest thing they could have included, as that means you can control the LEDs of two FS Series LED fans at once, without having to wire up multiple switches. I would have been happy if they included a 3 Pin Y Adapter and rubber mounting screws as well, but I can’t complain with what we got, really. 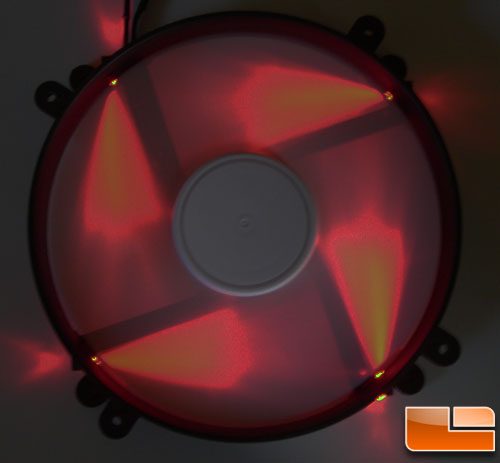 For the money shot, here are the fan’s LEDs on and in action. Like most fans, this guy uses an array of 4 LEDs as well as some semi-reflective blades to give it a fairly uniform shine. For the most part, in person it’ll look about the same as my photo does.