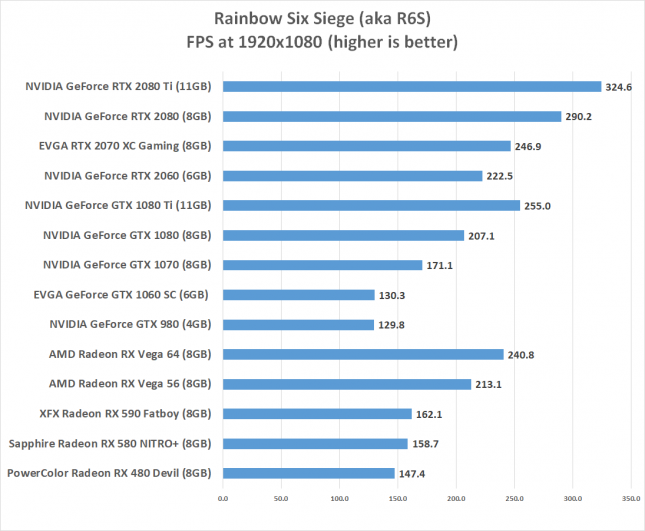 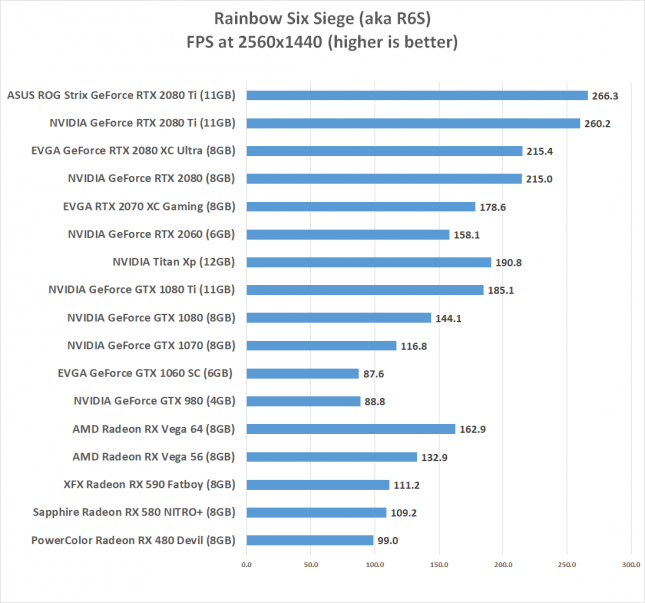 Benchmark Results: The GeForce RTX 2060 Founders Edition was faster than the GeForce GTX 1080 FE in Rainbow Six: Siege at both of the display resolutions that we tested. Very strong performance from NVIDIA’s new card in the $349 price range.