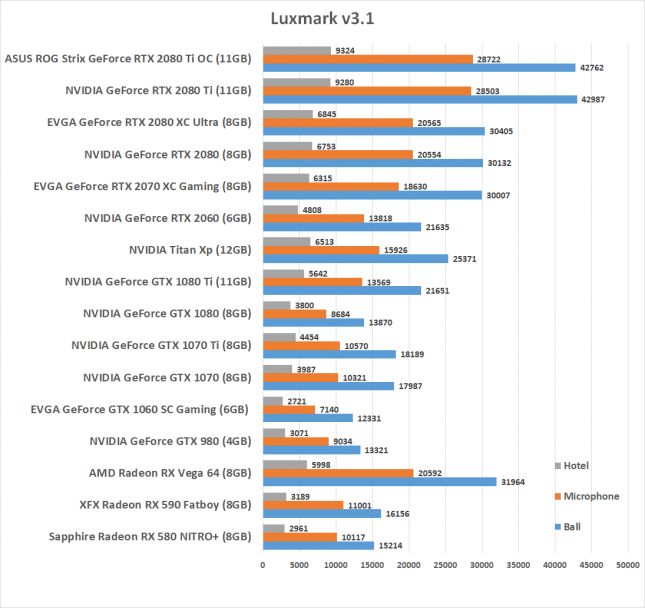 Benchmark Results: The GeForce RTX 2060 FE shows that raw OpenCL performance is impressive on yet another Turing GPU based card. We saw almost a 77% performance improvement over the EVGA GeForce GTX 1060 SC Gaming in the hotel scene! 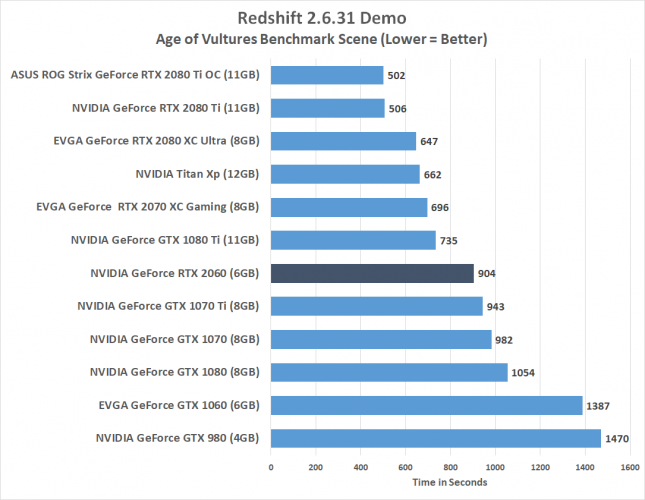 Benchmark Results: The GeForce RTX 2060 FE renders the Age of Vultures benchark scene in 15 minutes and 4 seconds. That makes it about 4% faster than the GeForce GTX 1070 Ti or about 35% faster than the GeForce GTX 1060 6GB. There is a pretty big performance gap (roughly 25%) between the RTX 2060 and the RTX 2070, so if rendering time matters the answer is clear what GeForce card will get your work done quicker.