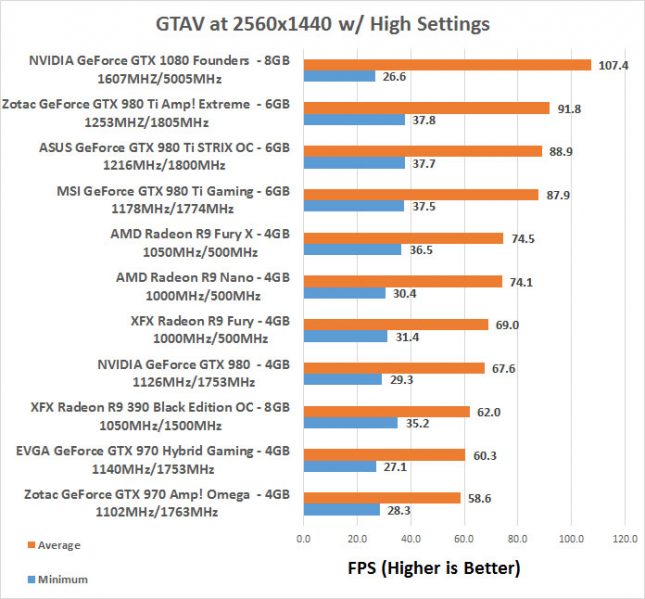 1440P Benchmark Results: After running the games built-in benchmark and averaging the runs together we found that the GeForce GTX 1080 was nearly 16 FPS faster on average than any other card. The minimum frame rate was lower than most, but the average was impressive. 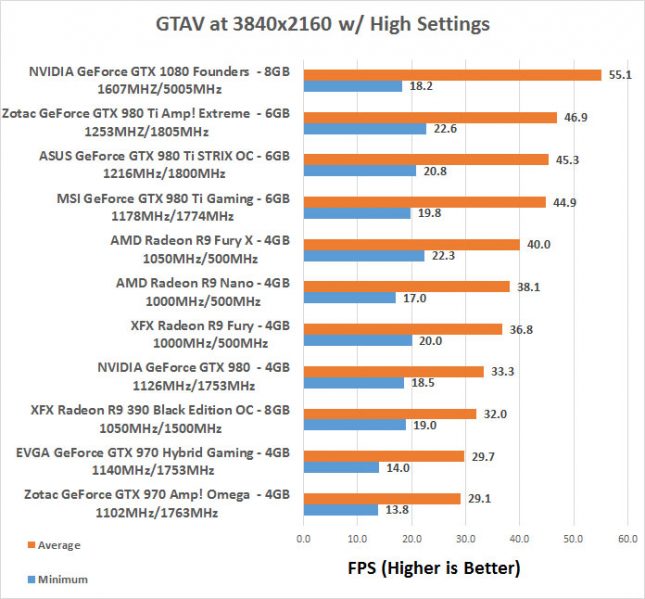 4K Ultra HD Benchmark Results: The GeForce GTX 1080 was nearly 8 FPS faster on average than any other card when re ran the benchmark at 4K settings.