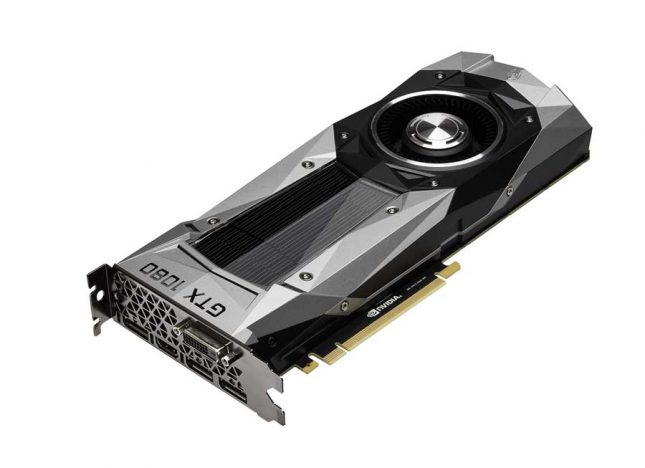 After using the NVIDIA GeForce GTX 1080 video card over the past week we’ve seen it excel in our performance tests and we are very happy with the graphics card. Our testing showed that it won every test that we ran and this is without a doubt the fastest single desktop graphics card today. The AMD Radeon R9 Fury X is a formidable competitor with 4GB HBM memory, but the GeForce GTX 1080 with 8GB of GDDR5X memory proved that it has what it takes to lead the way. The GeForce GTX 1080 also managed a respectable overclock just shy of 2.1GHz after minimal tweaking and that gave us a free performance boost that made this card even faster! If you want a card that can run both DirectX 11 and DirectX 12 game titles and be the best on the market, look no further than the GeForce GTX 1080. 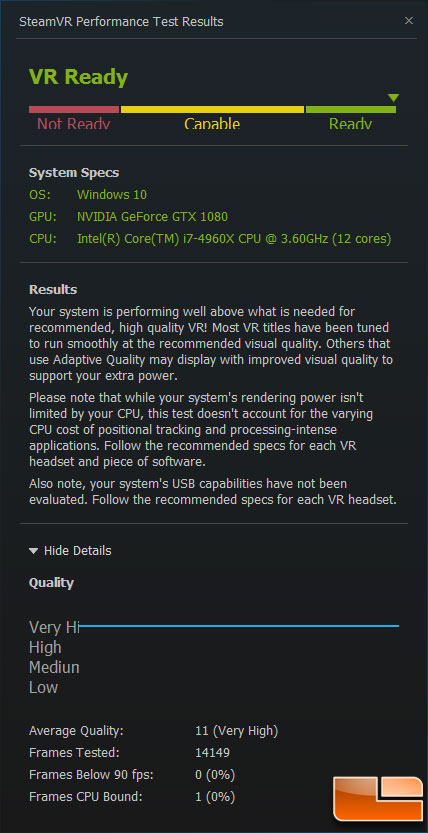 We didn’t do any VR game testing in this review, but we did run the SteamVR Performance Test and found that GeForce GTX 1080 scored 11, which is a very high score. We have no doubt that the GeForce GTX 1080 is going to be a solid card for VR and plan on looking into that down the road!

When it comes to pricing the NVIDIA GeForce GTX 1080 Founders Edition card that we looked at here today will be available on May 27th for $699. The custom cards for board partners will be available after Computex in June and will start at $599 and go up as high as they want. We expect that there will be some water cooled versions being released around that time and we can’t wait to see how those perform.

AMD better hope that Polaris is a home run as NVIDIA just showed that they were able to move to the 16nm FinFET process and GDDR5X for the very first time with impressive performance and a handful of nice new features. It’s only fitting that the GeForce GTX 1080 came out 30 years to the week after ‘Top Gun’ came out. Because we all feel the need for speed and the GeForce GTX 1080 is the fastest graphics card ever made!

Legit Bottom Line:  The NVIDIA GeForce GTX 1080 is the fastest video card around!