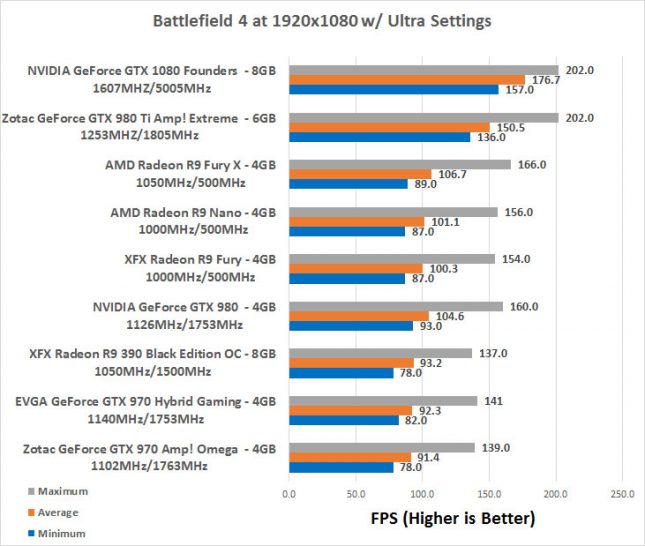 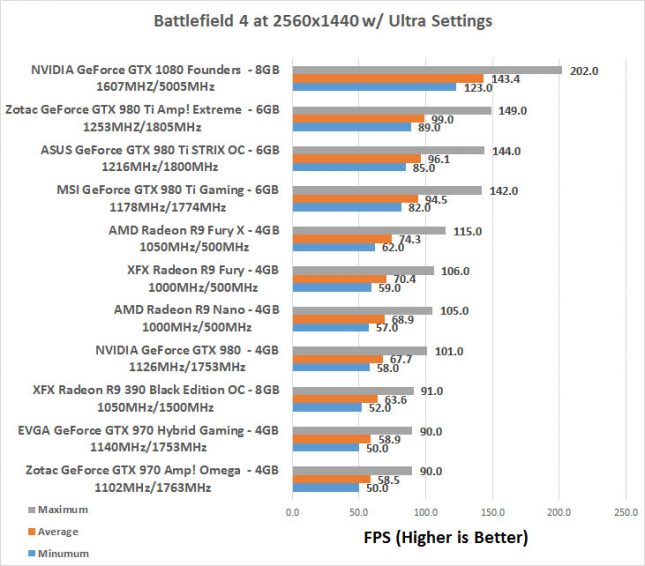 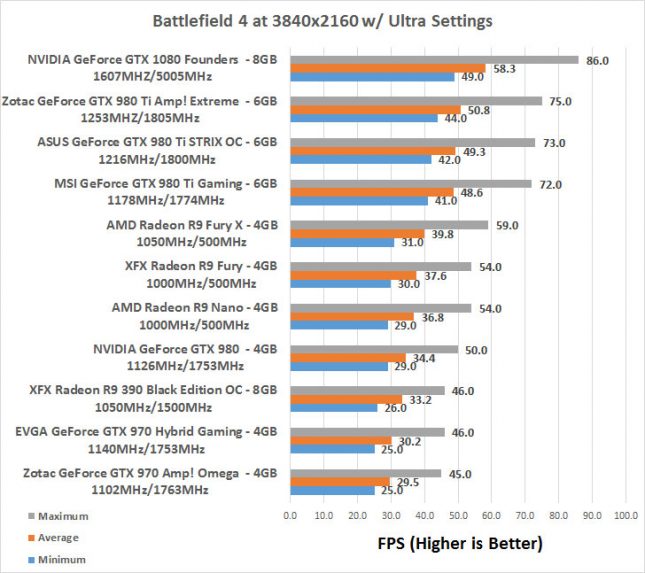 Benchmark Results:  When it comes to 4K Ultra HD gaming the GeForce GTX 1080 FE video card averaged just under 60 FPS on average and proved to be 46.5% faster on average than the AMD Radeon R9 Fury X video card.