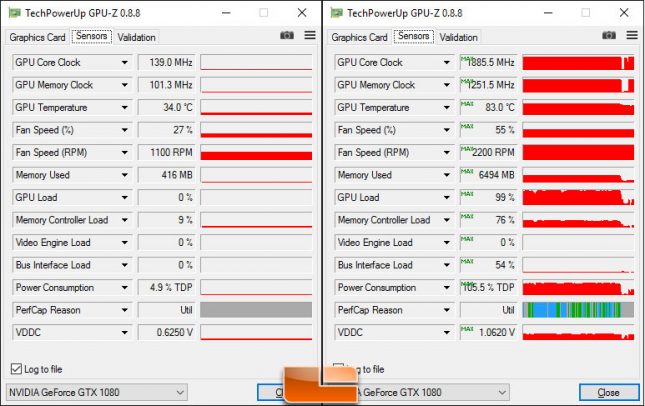 When it comes to temperatures the GeForce GTX 1080 8GB GDDR5X Founders Edition graphics card were 34C at idle and 83C at load while gaming on our open air test bench. This is not a 0dB fan design, so notice the fan was spinning at 1100 RPM at idle and then 2200 RPM at load. 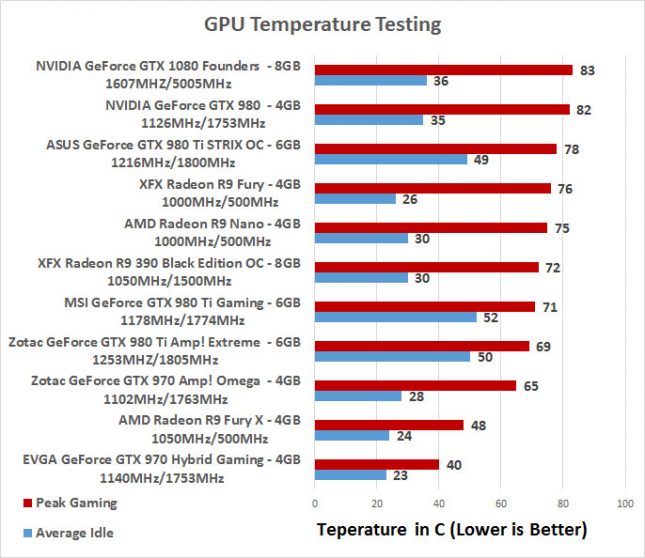 Here is a chart that shows the temperatures of the GeForce GTX 1080 FE versus some other high-end desktop cards. 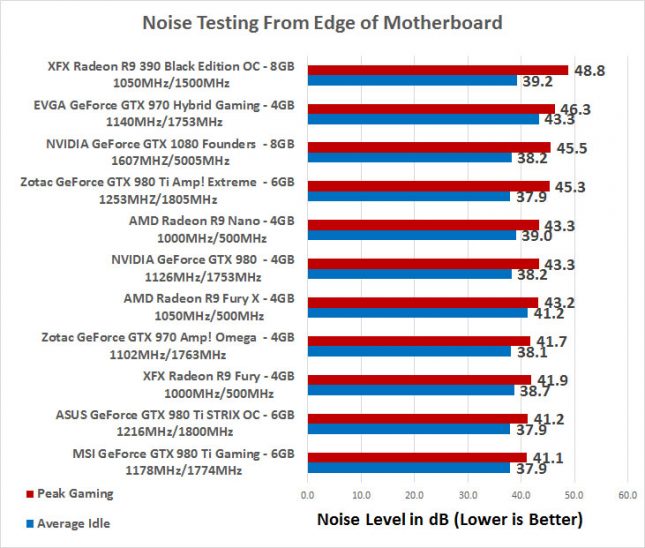 The NVIDIA GeForce GTX 1080 isn’t the quietest card we’ve ever tested, but it isn’t the loudest either. We have no complaints about the sound level or choke whine issues with our sample card.