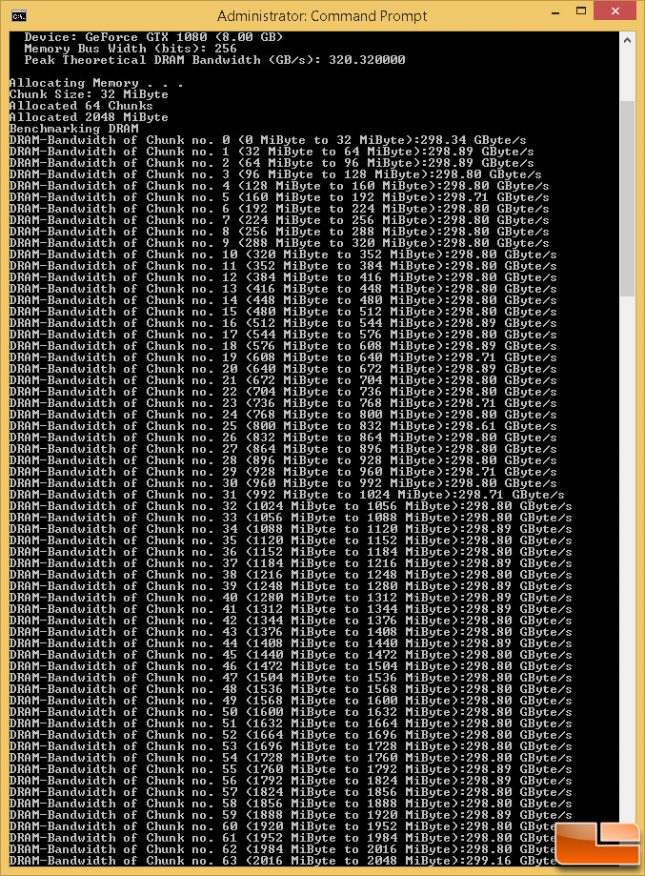 Testing memory bandwidth on video cards is tricky, but we’ve been dabbling around testing it over the past yaer. We built a new Intel Z170 system to test just memory bandwidth it is best the test on a system that has a CPU with integrated graphics in order for the discrete graphics card can be run in headless mode. We also disabled Windows Aero and set the system to high performance mode for both the display settings and power settings. Nai’s GPU memory bandwidth test only works on NVIDIA CUDA cards, so we tested a handful of NVIDIA GeForce GTX reference cards from the Fermi, Kepler, Maxwell and now the Pascal series to see how they perform. 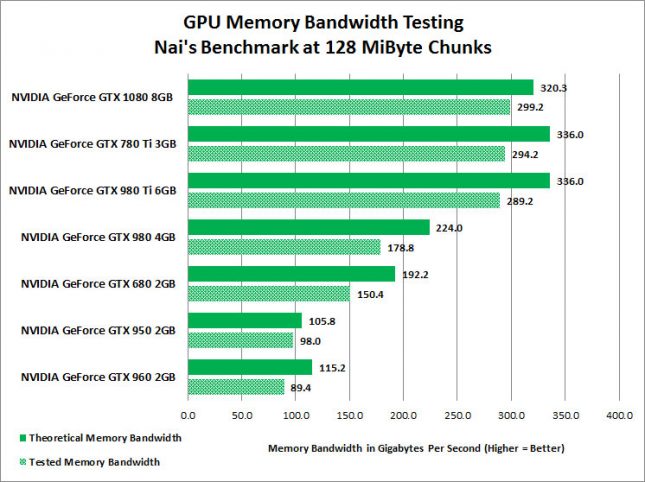 We weren’t expecting to reach the theoretical peak bandwidth figures, but all of the cards came in reasonably close. The NVIDIA GeForce GTX 1080 is rated as have 320.3 GB/s of memory bandwidth and we averaged 298.8 with the top speed being 299.16 GB/s across the 8GB GDDR5X frame buffer. This is the highest bandwidth test result that we have seen from any series NVIDIA reference card. We’ve seen many gripe about the 256-bit bus used by the GDDR5X memory, but the memory bandwidth scores are up just slightly. No performance drop off was noted in the benchmark and we ran the VRAM bandwidth testing utility at block sizes of 16, 32, 64, 128, 256, 512 and 1024 just to be sure on each card.

It should be noted that this application just tests the free space of the memory and isn’t really a great benchmark test, but it’s just another data point for use to look at and it also gives us a chance to look for any anomalies.