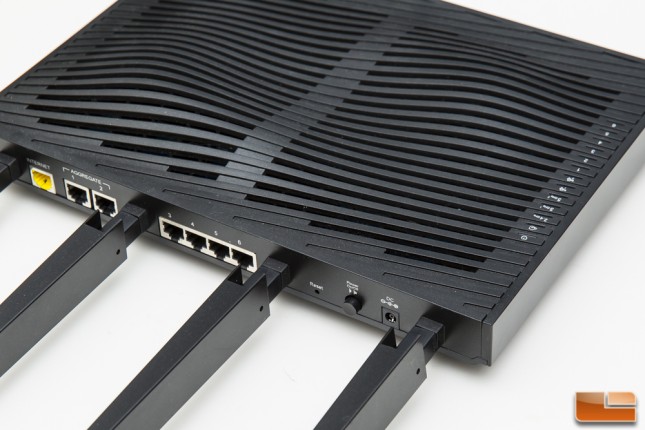 Power consumption by your homes electronic devices continues to be a very important issue so we have made an attempt to present some simple power consumption tests on the various routers that we had. To measure idle usage, we reset each wireless router to the default settings and plugged them with no devices connected to them. We then measured the power draw from each router at the wall with our P3 International P4400 Kill-A-Watt electric usage monitor. 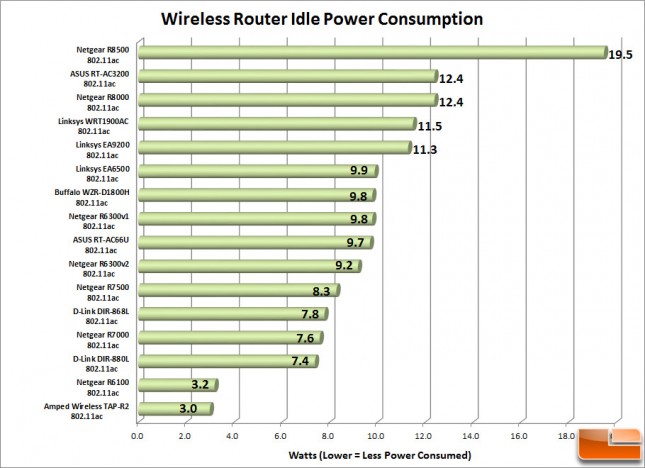 Benchmark Results: It is quite apparent that the Netgear Nighthawk X8 AC5300 is very power hungry under idle conditions. We measured the Nighthawk X8 at 56% higher than its cousin the Netgear R8000 and ASUS RT-AC3200 router. All three of these routers are Tri-Band routers with the only difference being in the Active Antennas the Nighthawk X8 has introduced. 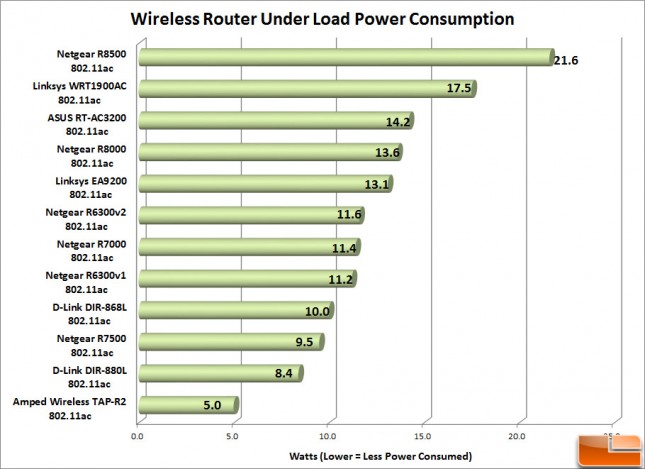 Benchmark Results: Under load, the Netgear R8500 uses 21.5 Watts of power making it the most consumptive router we have tested. Under load, the R8500 uses about 10% more power than when it is at idle. What is interesting is that both the ASUS RT-AC3200 and Netgear R8000 had similar power spikes (of around 10%) when running under load as well. In comparison, the Linksys WRT1900AC had an almost 60% jump in power consumption.