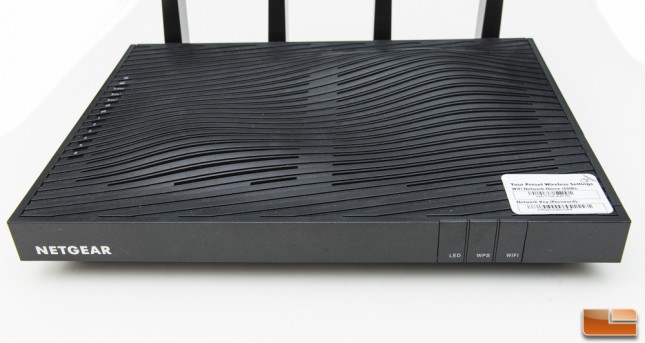 We set up the Netgear R8500 router connected to our desktop PC running Windows 10 Pro 64-bit and configured the router using Automatic settings for our 5Ghz band and called it LEGIT. We then took our Alienware M17XR4 laptop to use as a client and connected it to a different Netgear R8500 router configured in Bridge Mode. The pairing of a R8500 with another R8500 should show us the maximum WiFi speeds capabale of this brand new wireless-AC router.

We took our Alienware M17XR4/R8500 Bridge and didnt tell the client anything more than the SSID name for each router tested and let it automatically choose the cleanest channel to connect to. For the fastest possible data throughput, the routers were set to Unsecure Mode and with WMM turned ON. After connecting, we ran the application LAN Speed Test (LST) to measure file transfer and network speeds. LST builds a file in memory and then transfers the packet without the effects of windows file caching. It then reports the time and calculates the network speed. 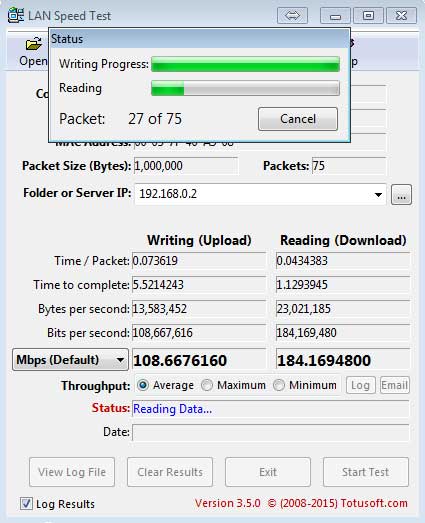 We repeated the test 2 more times rotating the router 90 degrees after each test to make sure that the routers speed was affected adversely by its orientation. We took speed measurements at two different locations of the Legit Bunker: In the Same Room at exactly 5.5 feet away from the test router; and in a Far Room, one level below (wood framed floor) where the client router/bridge sat. Doing this should really give us a nice taste of how our routers perform in the real-world. 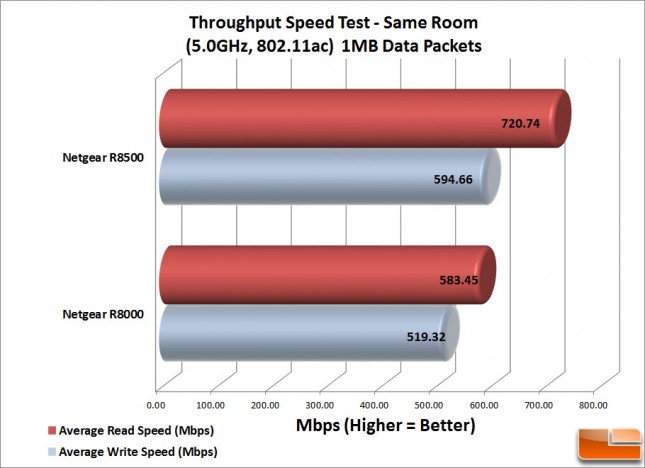 Benchmark Results: Looking at the 1MB test for the Netgear R8500 shows us some of the fastest speeds we have tested. Because our testing methodology has changed, we didnt show a large suite of routers, but looking back at our top performers, we have never had a router break the 900 Mbps barrier. When comparing the R8500 with the Netgear R8000, we found a significant improvement over the previous generation flagship router. 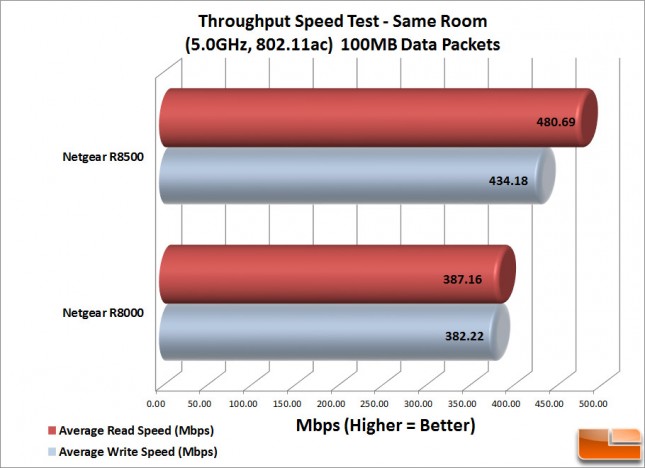 Benchmark Results: Because we like to evaluate data packets that are similar to multimedia-size data, our 100MB tests are always quite interesting. Again we see the Netgear X8 R8500 posting the fastest speeds we have measured. With an average Write Average Write speed of over 450 Mbps and Average Read Speeds over 550 Mbps look to be the fastest we have ever seen.