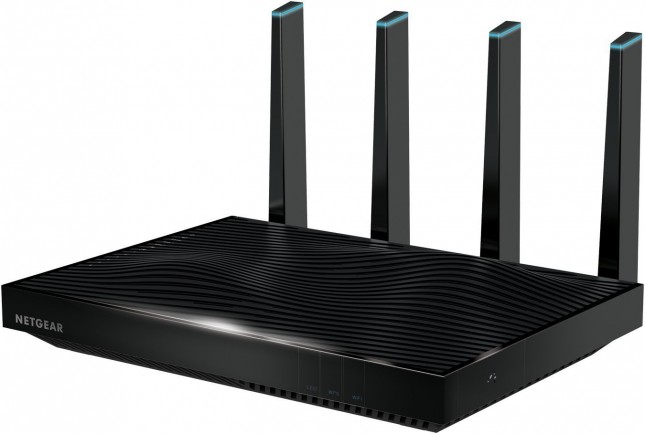 Netperf is a lightweight benchmarking tool that can be used to measure the performance of a variety of different networking technology. Netperf includes tests that can evaluate unidirectional throughput between a client and server, and latency between endpoints. As such, it a useful tool for testing the performance of network controllers, like Killer Wireless or Killer Ethernet.

The Router Gaming Test: PC Gaming is big and the performance of your network is an important piece of the puzzle when it comes to having a good gaming experience. Many games have a client-server communication model, where all the critical data is crunched by the server and then sent back to the clients over UDP. Your system and the server are constantly sending data back and forth over UDP and game developers usually use tiny 100-200 byte packets to reduce the overhead of creating and sending all the packets. We perform this test with 128 Byte packets . 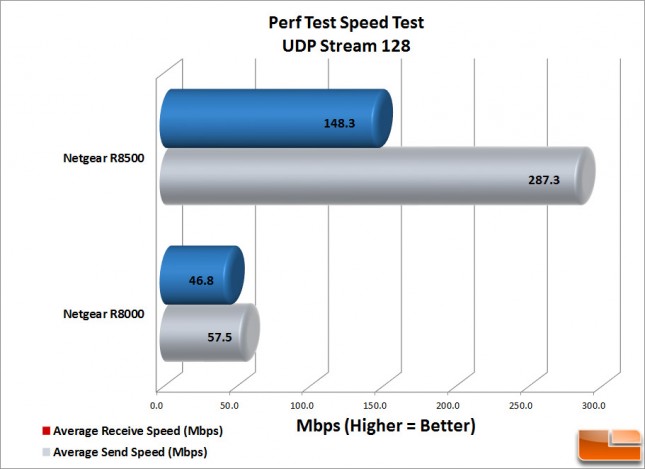 Benchmark Results: The Netperf results look a lot like our LAN Speed Test results in that the Netgear X8 AC5300 WiFi Router is significantly faster than that of the, now ‘legacy’ Netgear R8000. We ran a number a different tests with Netperf and in each one, we saw a tremendous increase in every packet test. The combination of the Netgear R8500 wireless bridge communicating to another R8500 router no doubt shows us the maximum router performance. 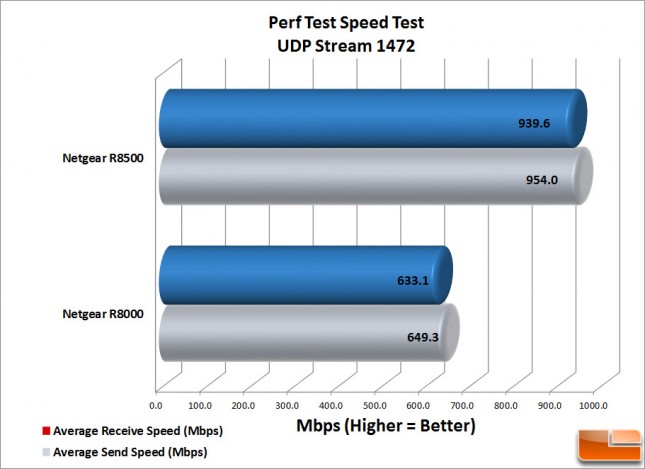 Benchmark Results: Here we look at one of the largest data packets that Perf Test allows, the approximately 1.5GB data packet whish is the typical packet size that is used when your network is performing file transfers or HTTP/website traffic. The Netgear R8500 still dominates the R8000 with speeds of up to 1GB per second. These are some of the fastest speeds we have measured regardless of our testing methodology. 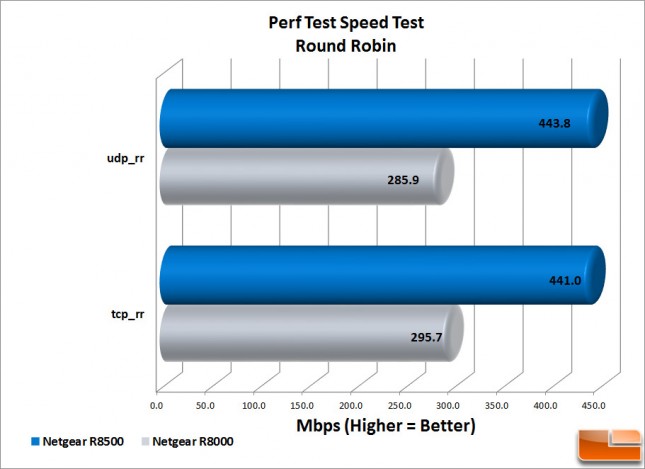 Benchmark Results: This last test is our TCP and UDP Round Robin test that is essentially our latency test. As a lower latency device or adapter would be able to send an receive more quickly, returning a larger number of transmissions. We see here that the Netgear R8500 again outclasses the R8000 in overall performance.