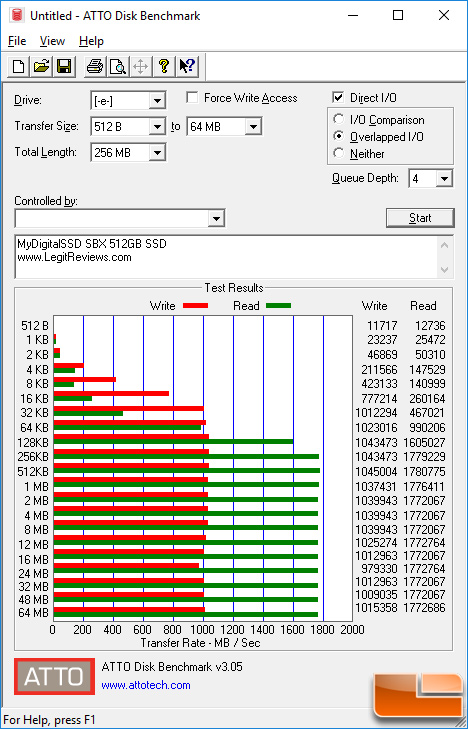 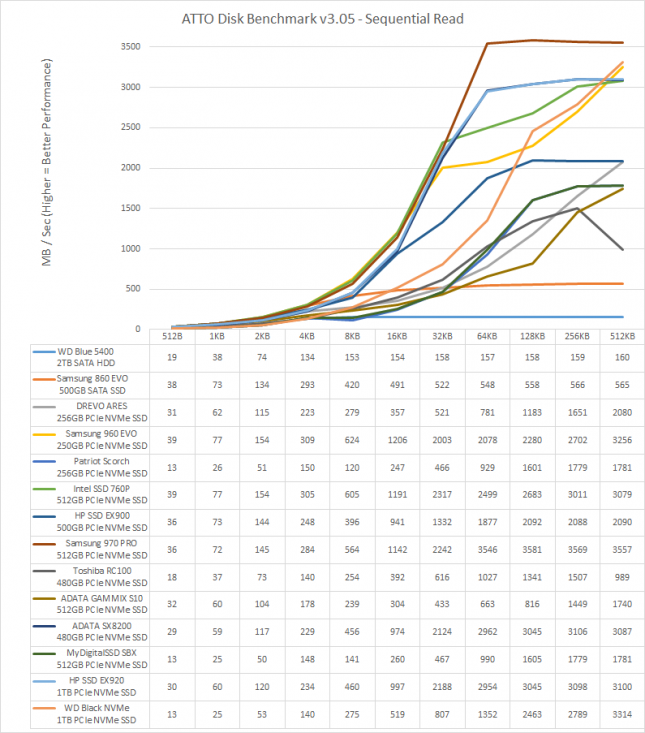 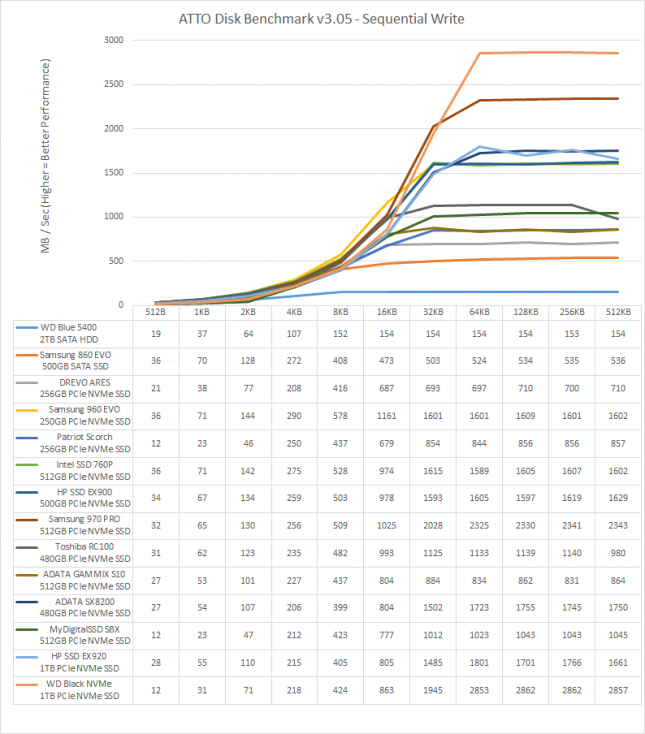 Benchmark Results: The ATTO sequential write performance on the MyDigitalSSD SBX hit 1 GB/s at 32KB and pretty much flat lined there.