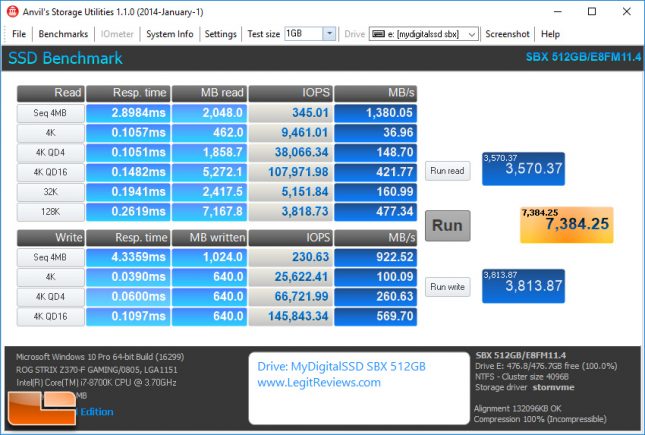 Benchmark Results: The Anvil SSD Benchmark showed that with 100% compression (incompressible data) the MyDigitalSSD 512GB drive had an overall score of 7,384.25 points. The drive topped out at 1,380 MB/s read and 923 MB/s write speeds on the sequential performance test with 4MB file sizes. 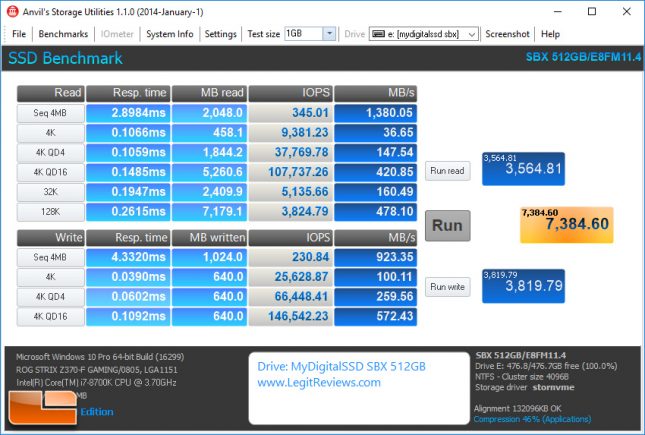 Benchmark Results: With the compression at 46% to help mimic real world applications better we found the overall score was about as close as you can get to being the same at 7,384 points. 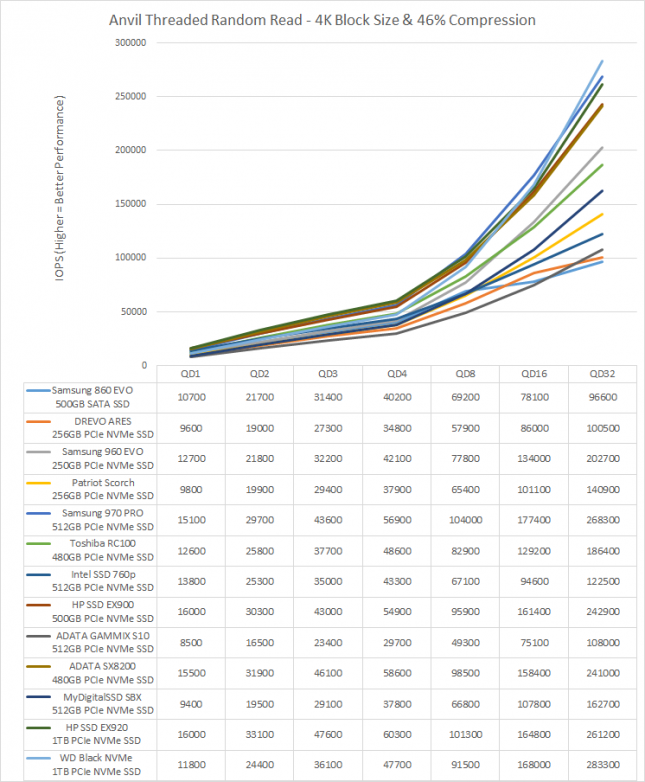 Benchmark Results: When it comes to Random 4K Read performance at various queue depths we see the MyDigitalSSD SBX 512GB drive does okay, but lags behind most of the other NVMe drives. 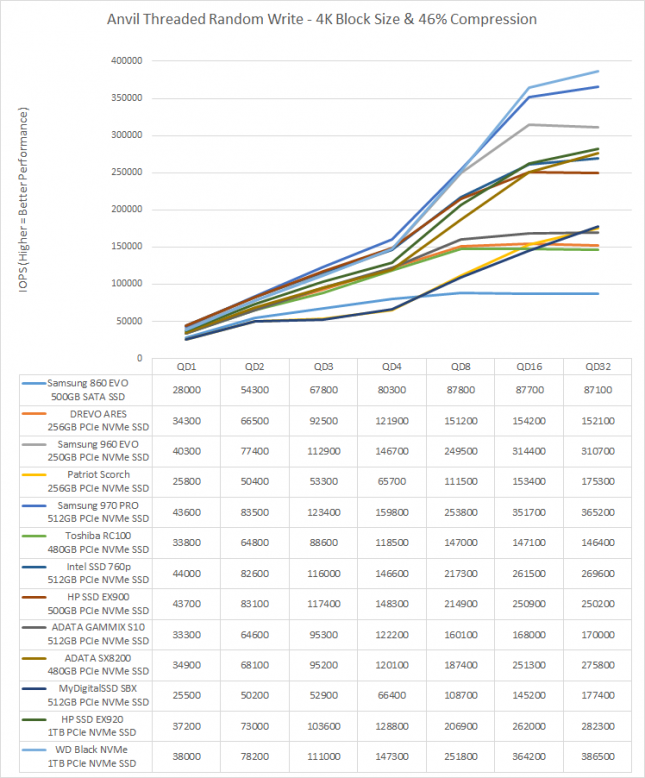 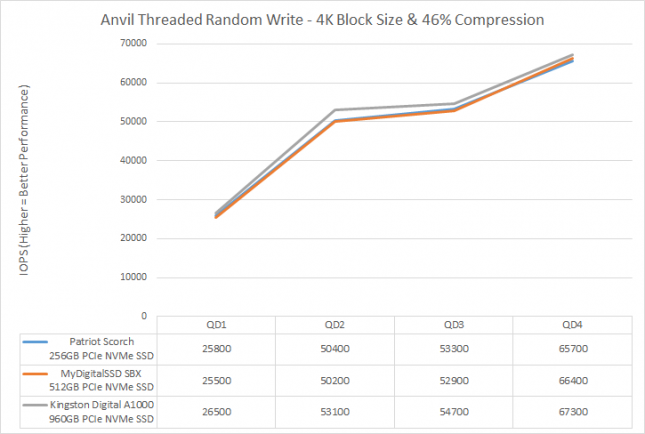 We’ve tested three drive series with the Phison E8 controller from three difference brands and they all happen to be different capacities. Despite the differing capacities the performance characteristics are exactly the same.