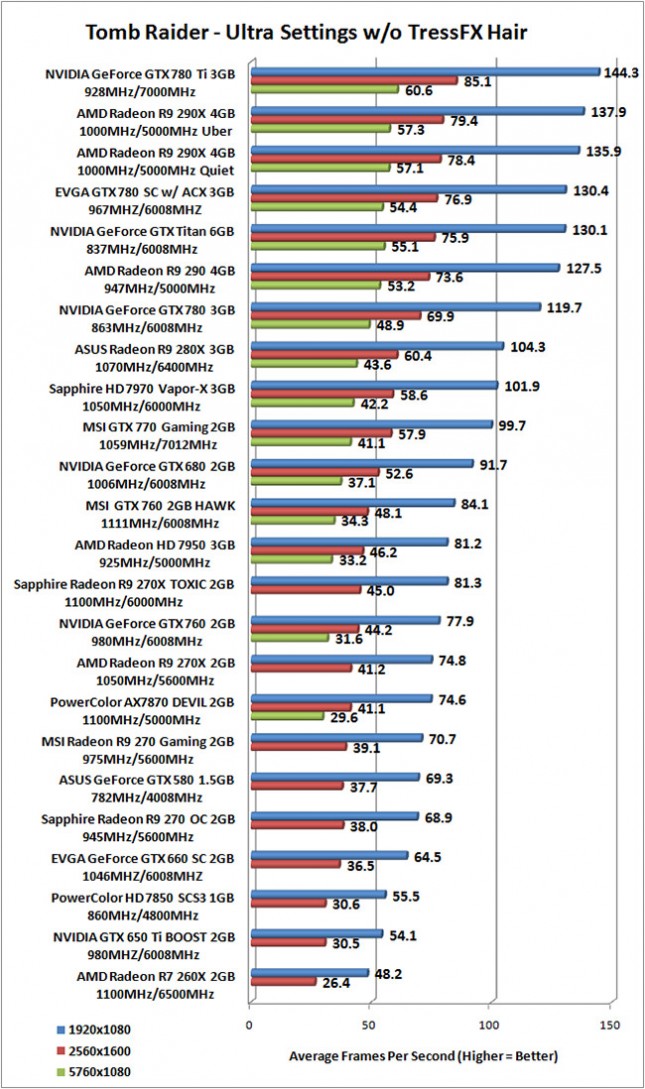 Benchmark Results: The MSI Radeon R9 270 Gaming OC was actually faster than the NVIDIA GeForce GTX 580! that just goes to show how much power you are getting for $179 these days! Both AMD Radeon R9 270 cards were running right around 70 FPS on Tomb Raider, so it was more than playable with everything cranked up on this budget friendly graphics card.