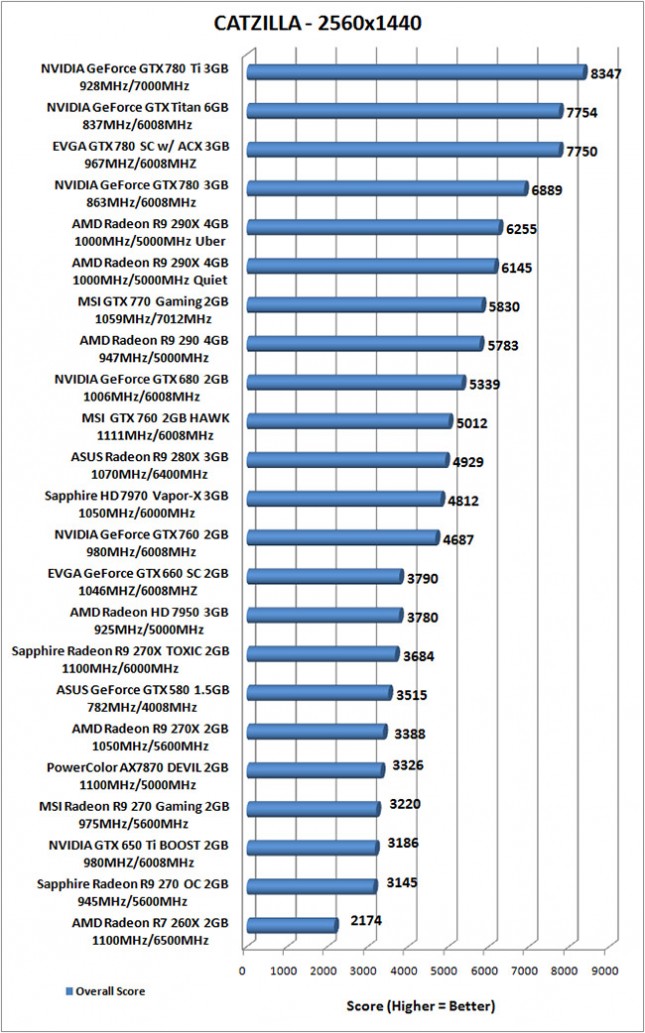 Benchmark Results: The MSI Radeon R9 270 Gaming OC scored 3,220 points and the Sapphire Radeon R9 270 OC scores 3,186 points in the Catzilla RC 1.0 1440P benchmark test. There is just a 30MHz difference between the two cards, but it does make a small impact in the benchmarks as without that extra 30MHz the Sapphire R9 270 OC falls behind the NVIDIA GeForce GTX 650 Ti Boost reference card!