Temperatures are important to enthusiasts and gamers, so we took a bit of time and did some temperature testing on both Radeon R9 270 video cards 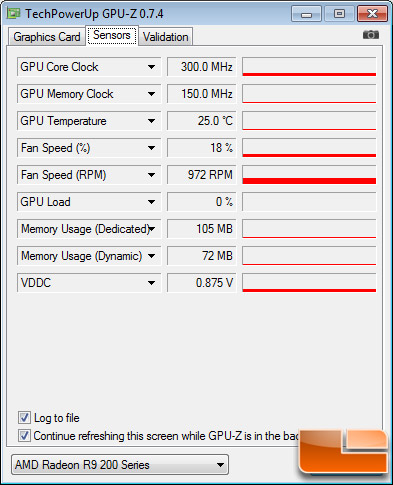 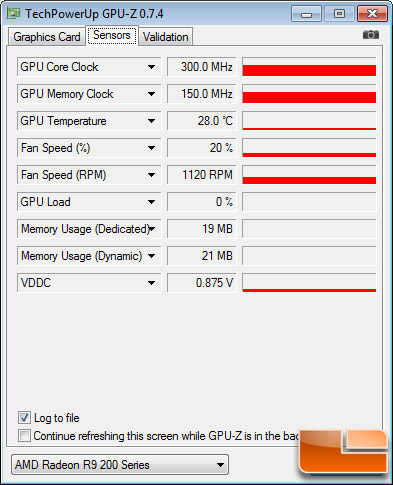 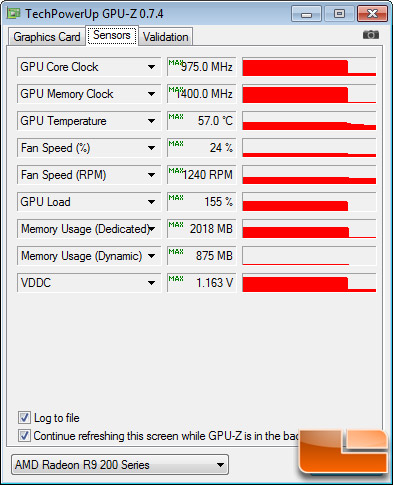 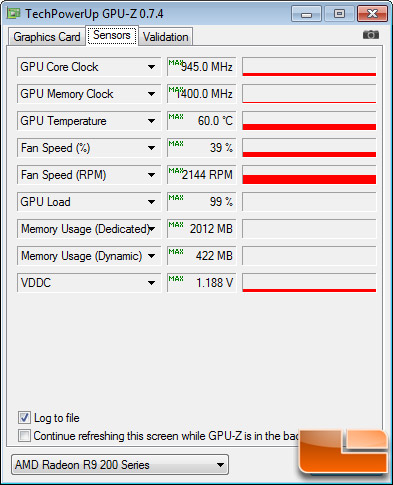 The MSI Radeon R9 270 topped out at just 57C with the fans running at 1240 RPMs when gaming on it for an extended period of time. The Sapphire Dual-X R9 270 hit 60C with the fans running at 2144 RPM.The clear winner when it comes to temperatures would have to be MSI as their card runs at a higher clock speed and runs cooler despite the fans spinning lower. Remember that MSI is using 95mm fan blades versus the 74mm found on the Sappphire Dual-X GPU cooler.

After reviewing a bunch of the AMD Radeon R9 290 and R9 290X cards and seeing 94C load temperatures it is nice to once again see low temperatures! 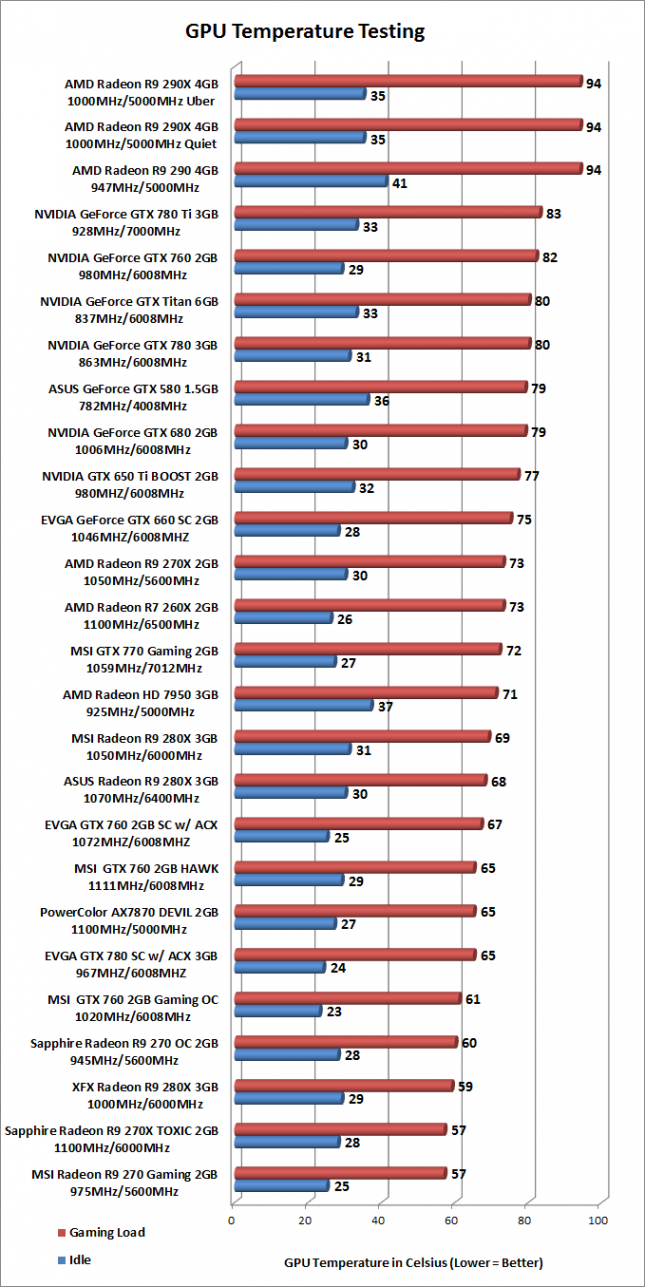 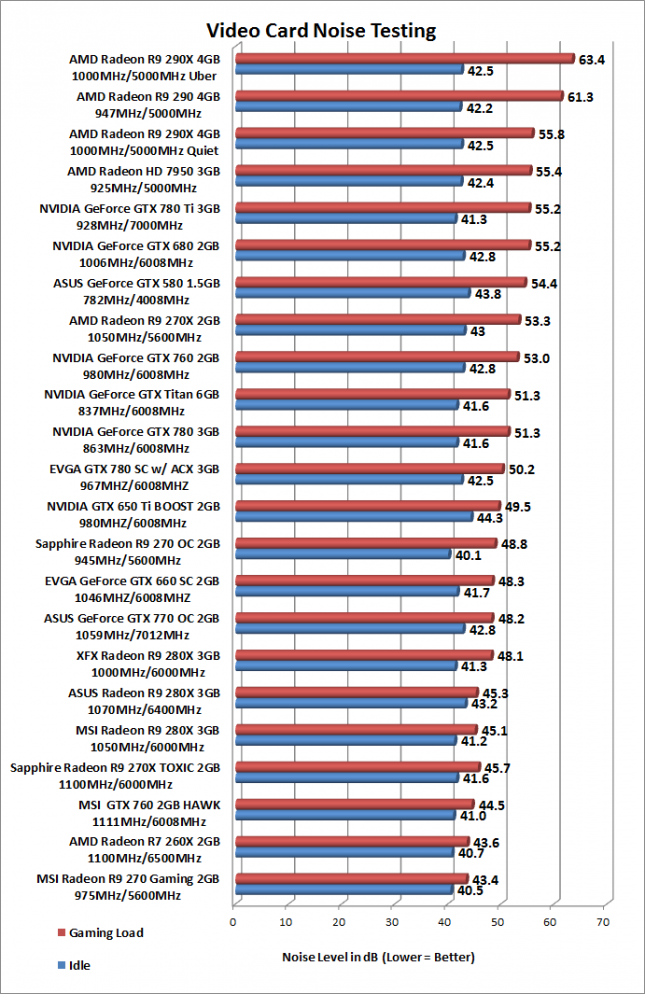 The fan speeds and actual fan blade sizes greatly differ on these two Radeon R9 270 graphics cards, but we were shocked to find that the idle fan noise was pretty much identical at just over 40 dB. When gaming though the MSI R9 270 Gaming fans only spun up to 1240RPM whereas the Sapphire Dual-X R9 270 OC fan blades went up to 2140 RPM. You can easily hear this 900 RPM different and so our sound meter confirmed this by noting that the Sapphire card was over 4dB louder when gaming. Both have acceptable noise levels and are certainly quieter than your average card.