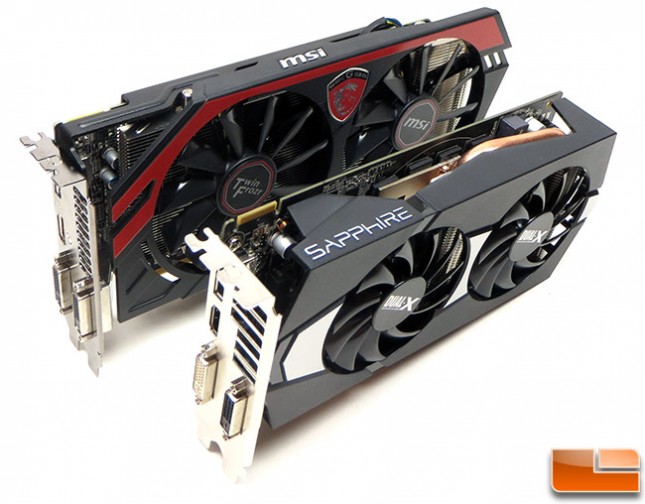 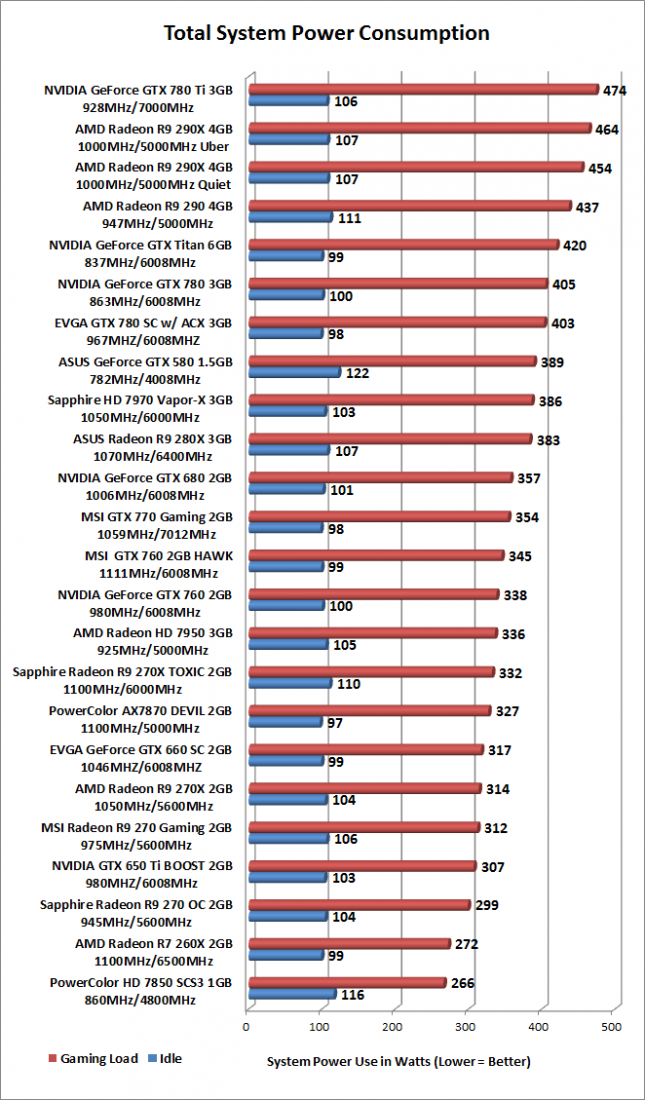 Power Consumption Results: The entire platform with the Sapphire Dual-X R9 270 OC installed was consuming 104 Watts at idle and hit a maximum of 299 Watts when gaming. These are pretty good power numbers and are about what we expected to see from a card that is said to have a typical board power rating of around a 150 Watts. The MSI Radeon R9 270 Gaming OC used slightly more power at idle and 13 Watts more power at load, which put it the same power consumption level of the Radeon R9 270X. This is strange, but we might have been sent a cherry picked R9 270X reference card or a power hungry R9 270 retail card!