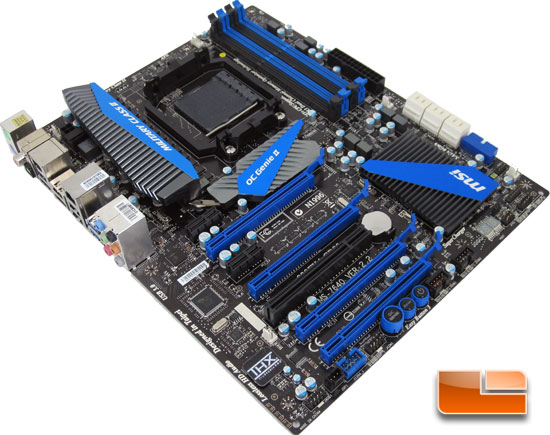 The look and color scheme of a motherboard have never been a selling point to me, it’s always about the performance. With that being said, I have always liked the look of the MSI motherboards. 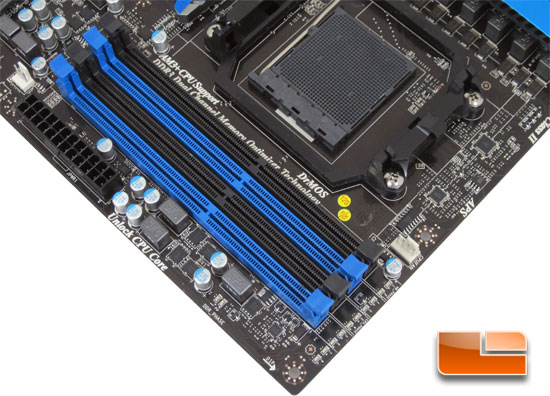 One of the first things that we noticed about the MSI 990FXA-GD80 is the black socket. This indicates that it is the new AM3+ socket. Taking a look at the DIMM slots of the MSI 990FXA-GD80 they will support up to 32GB of DDR3 memory in dual channel mode with speeds up to 2133MHz (OC). 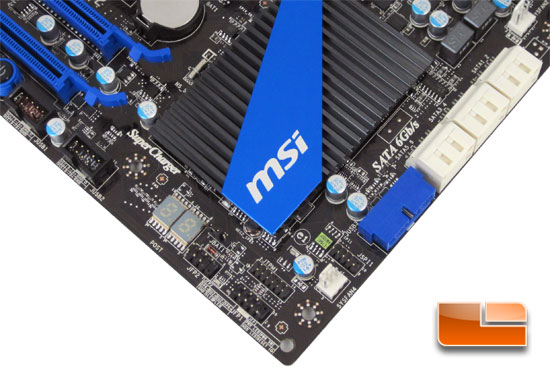 Taking a look at the six SATA ports, they are all SATA III 6Gb/s controlled by the AMD SB950 chipset. Next to the SATA III ports is an internal Super Speed USB 3.0 header. This is the first time that I have seen a USB 3.0 header running parallel to the motherboard. I like that fact! It will make running the front panel USB 3.0 cable much easier and much cleaner! In this corner we also have all of the headers for the front panel, trusted platform module, P.O.S.T. Code LED, and a pair of USB 2.0 internal headers. Below the MSI heatsink is where you will find the AMD SB950 chipset. 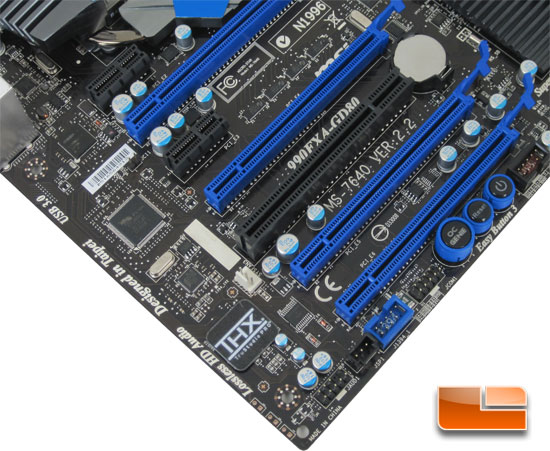 Swinging the MSI 990FXA-GD80 motherboard around we can take a look at the onboard buttons just past the last USB 2.0 header. The onboard buttons include power, reset, and the OC Genie II button. Beyond the OC Genie II button is the header for the Com port, IEEE1394a (firewire), and the front panel audio. Working our way up the left side of the image, we have the THX TruStudio Pro Audio, Fintek F71889 I/O controller, and the NEC D720200F1 Super Speed USB 3.0 controller chip. 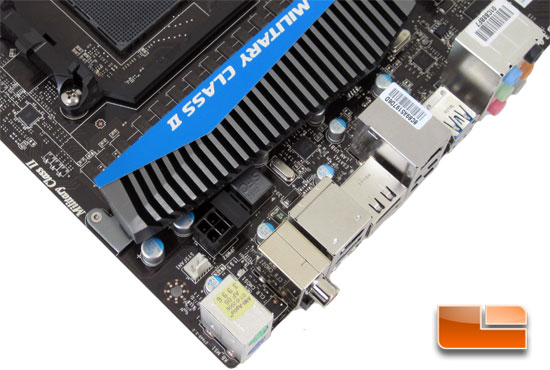 Taking a look at the final corner of the MSI 990FXA-GD80 we can spot the 8-pin CPU power, and the massive heatsink to keep the PWM’s nice and cool during those long nights of Fragging your friends.

The I/O panel of the MSI 990FXA-GD80 has all of the usual suspects you would find on the back of an enthusiast level motherboard. There are PS/2 keyboard and mouse ports,  both optical and coaxial SPDIF connectors, eSATA, Firewire, USB 2.0, Super Speed USB 3.0, the typical six audio jacks, and the ever so handy CMOS reset button!