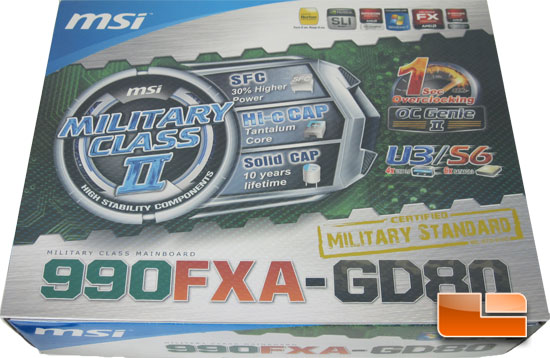 The MSI 990FXA-GD80 retail packaging is has a nice eye-catching look to it. There is a few key selling points of the 990FXA-GD80 on the front of the packaging such as the Military Class II components, and the OC Genie II though for the most part it still has a clean look to it. 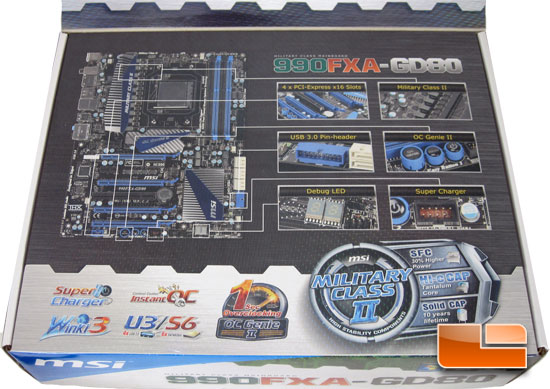 MSI was able to keep the front of the retail packaging clean by letting the top of the box open up to reveal many more of the features. 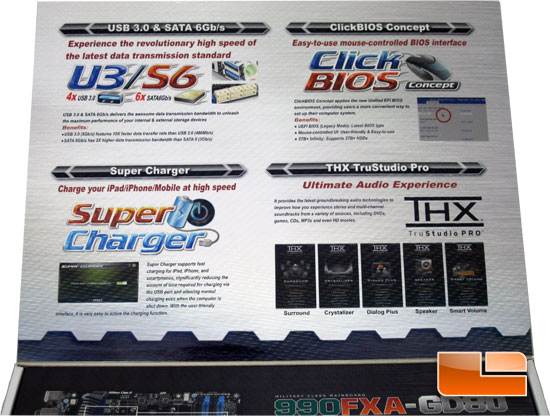 The inside of the flap shows off the U3/S6 technology which refers to the Super Speed USB 3.0 and SATA III 6Gb/s, Click BIOS, Super Charger for mobile devices, and the THX Tru Studio Pro. 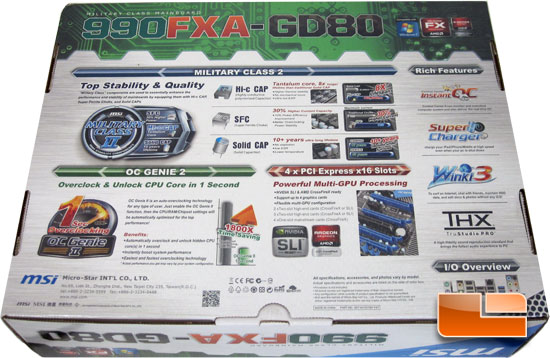 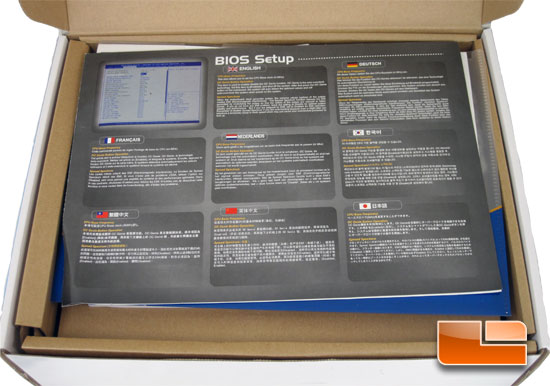 Opening up the packaging for the MSI 990FXA-GD80 we are presented with a sheet for BIOS Setup. 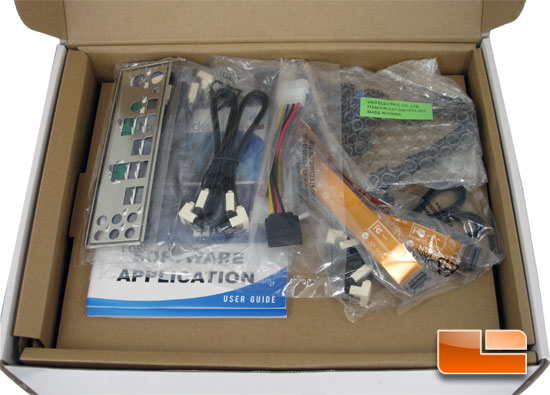 Removing the paperwork we are first presented with, we can see everything that accompanies the MSI 990FXA-GD80. Included with the MSI 990FXA-GD80 is three SLI bridges of varying lengths, I.O shield, six black and white SATA cables, manuals, driver disc, a couple of 4pin Molex to SATA power adapters, and a USB 3.0 expansion bracket. 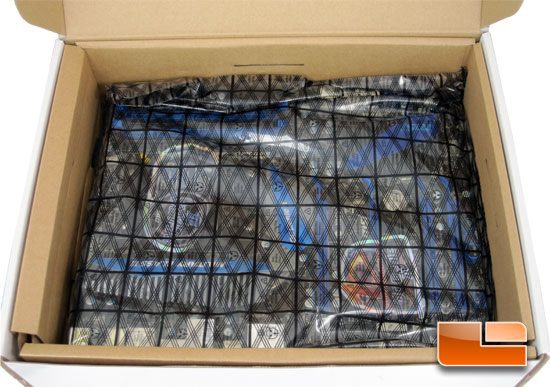 Removing the MSI 990FXA-GD80 bundle and the cardboard separating the bundle from the motherboard itself we can get our first view of the MSI 990FXA-GD80. Not very exciting inside the anti-static bag is it? Follow me to the next page and we’ll take it out of the bag and take a much closer look.