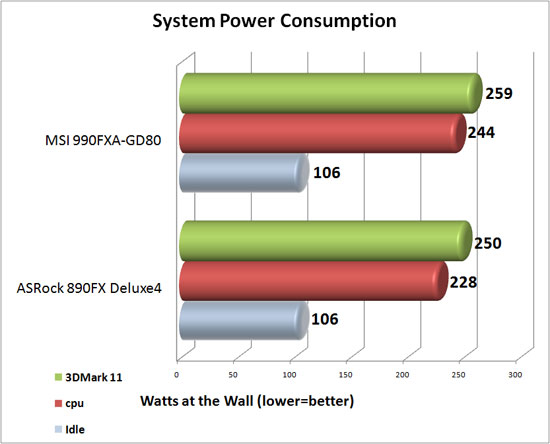 Benchmark Results: The only area of power consumption that shows a hefty difference is when we loaded the CPU up with Prime95 Large FFT’s. The MSI 990FXA-GD80 maxed out at 244 Watts at the wall while the ASRock 890FX Deluxe4 pulled only 228 Watts. If you run Prime95 you will likely never top the load that is put on to the processor during the stability tests that it provides. When we fired up Futuremarks 3DMark11 to simulate a gaming power consumption we saw only 9 watts separating the two boards with the MSI 990FXA-GD80 pulling slightly more power at the wall.