Final Fantasy XIV is a massively multiplayer online role-playing game (MMORPG) developed and published by Square Enix. FINAL FANTASY XIV: Shadowbringers is an expansion pack that came out in July 2019. Final Fantasy XIV has over 16 million players worldwide. We tested at 1920×1080 with the standard image quality preset with the games built-in benchmark utility. 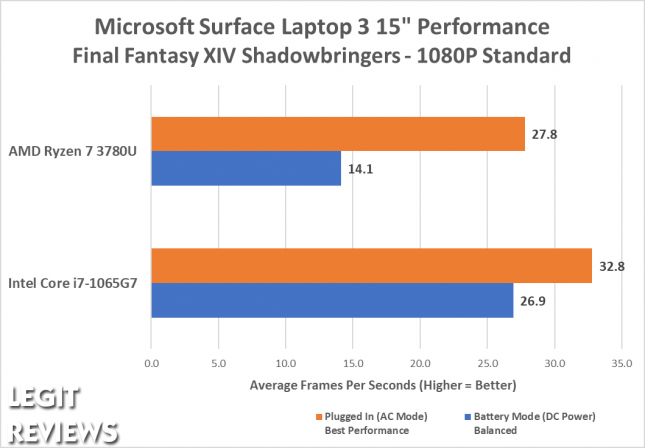 World War Z is a third-person shooter video game developed by Saber Interactive and published by Mad Dog Games. It was released for Microsoft Windows, PlayStation 4, and Xbox One on April 16, 2019. A proprietary game engine named the Swarm Engine was used to power the game. In World War Z we set the game to run at 1620×1080 as 1920×1080 was not an option. The ‘low’ image quality preset was used with Vertical sync (V-Sync) disabled for testing. We used the games built-in benchmark utility. 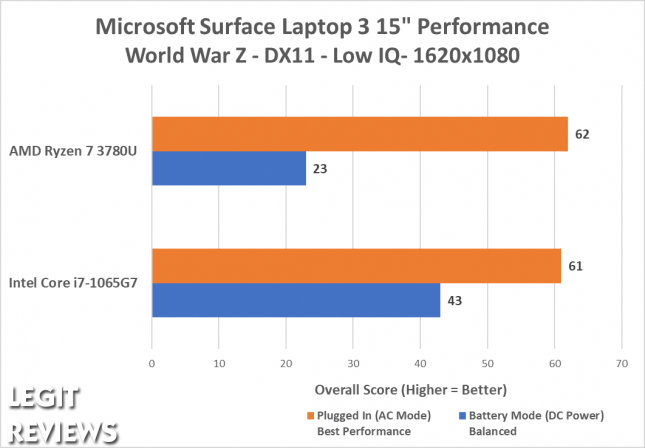 World of Tanks enCore RT is the demo of Core, the brand-new graphics engine for World of Tanks, developed at Wargaming. We ran the built-in benchmark utility at 1920x1080P with the minimum image quality preset. 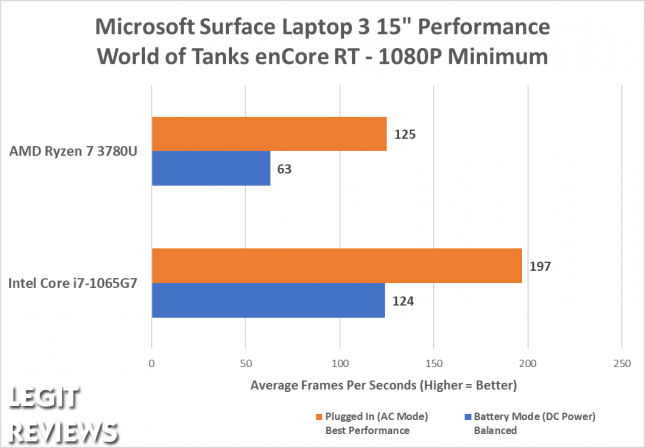 Borderlands 3 is an action role-playing first-person shooter video game developed by Gearbox Software and published by 2K Games. It is the sequel to 2012’s Borderlands 2 and came out in September 2019. We ran the games built-in benchmark with the DX11 API enabled at 1920×1080 with the very low image quality preset. 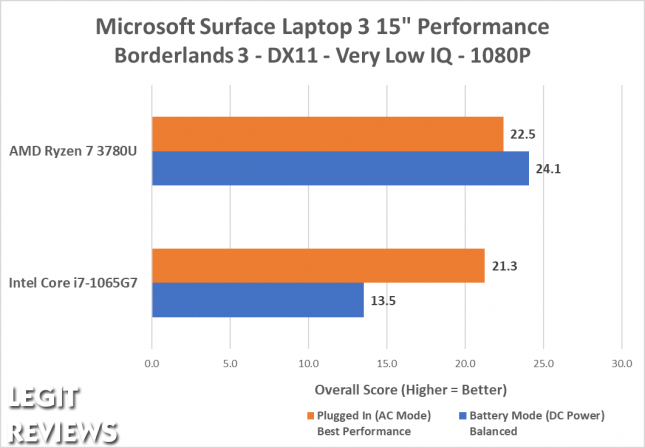 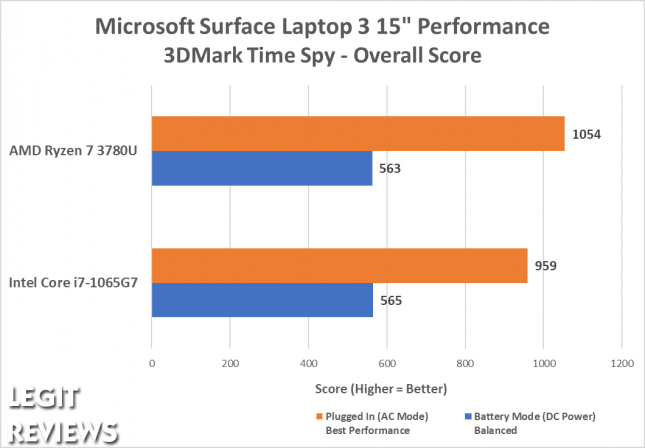 Benchmark Thoughts: When it comes to gaming performance the Microsoft Surface Laptop 3 relies on integrated graphics, so this is not considered a gaming laptop. That said, the Intel Core i7-1065G7 processor features Intel Iris Plus Graphics and the AMD Ryzen 7 3780U Microsoft Surface Edition processor contains Radeon RX Vega 11 Graphics. Both solutions struggle to handle big name AAA titles at 1080P, but should do well on the easier eSports titles or online free to play game titles. We had one really odd score in Borderlands 3 where the AMD Ryzen 7 3780U Microsoft Surface Edition processor actually performed better on balanced mode on DC power than when plugged in on best performance mode with AC power.