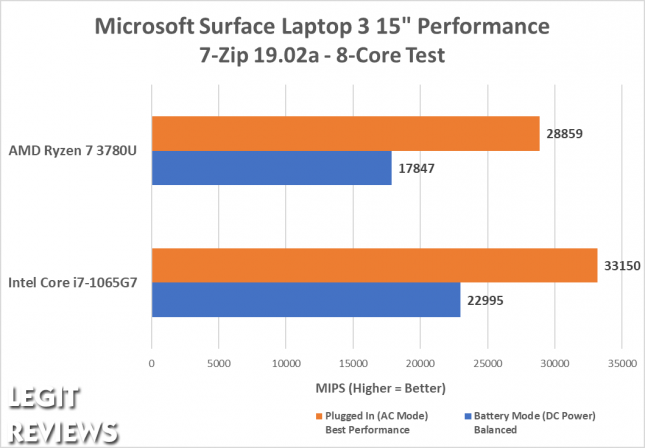 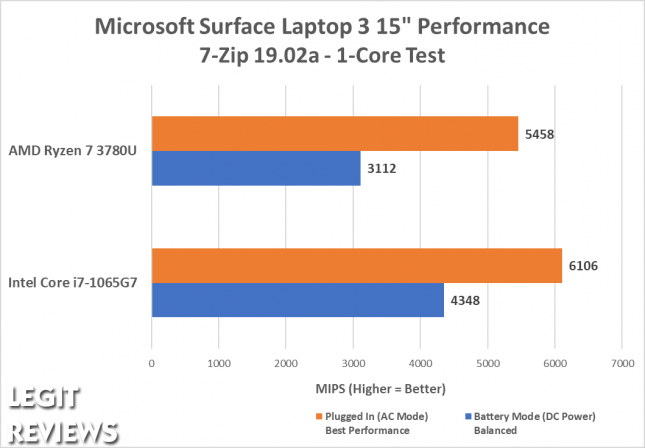 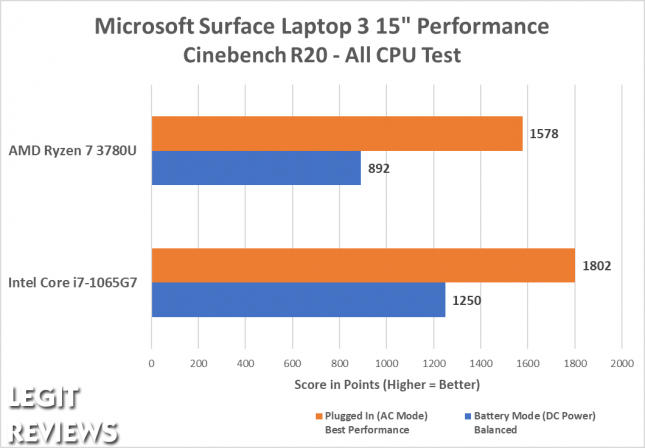 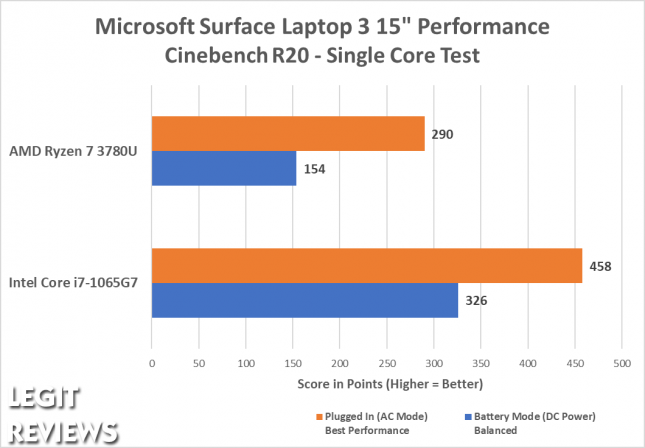 Geekbench is a cross-platform processor benchmark, with a scoring system that separates single-core and multi-core performance, and workloads that simulate real-world scenarios. These tests are complex, avoiding simple problems with straightforward memory-access patterns, and push the limits of your system. 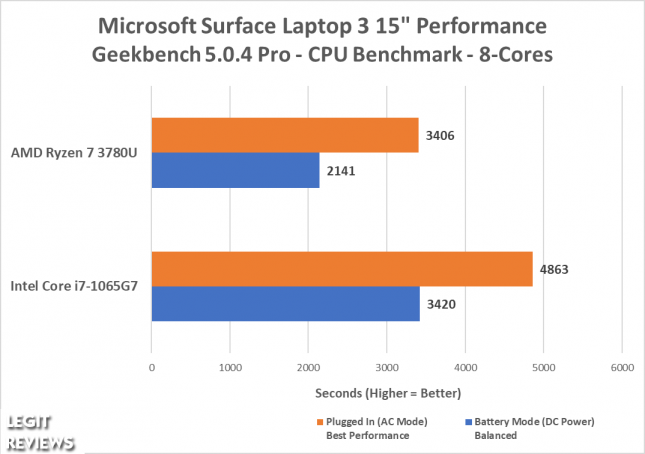 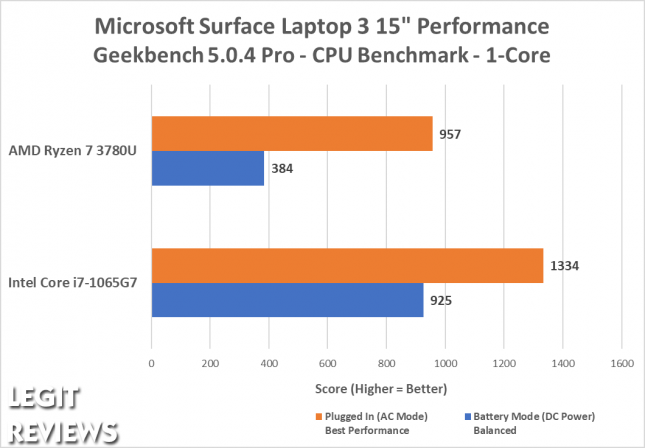 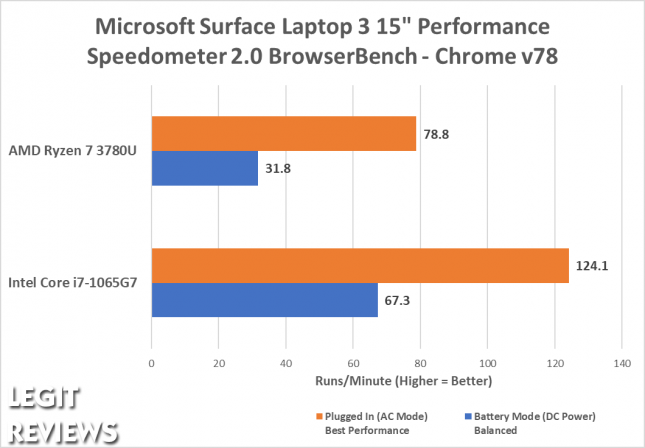 Benchmark Thoughts: Popular benchmarks like 7-Zip, Cinebench and Geekbench are crowd favorites since they show both single-core and multi-core processor performance. Once again, the Microsoft Surface Laptop 3 appears to do better with the Intel Core i7-1065G7 processor and the laptop configured with the Intel CPU performed better than the one with the AMD Ryzen 7 3780U processor. Our testing was done with the laptop plugged in (AC Mode) and on the battery (DC power) and the Microsoft Surface Laptop 3 had better performance with Intel inside.