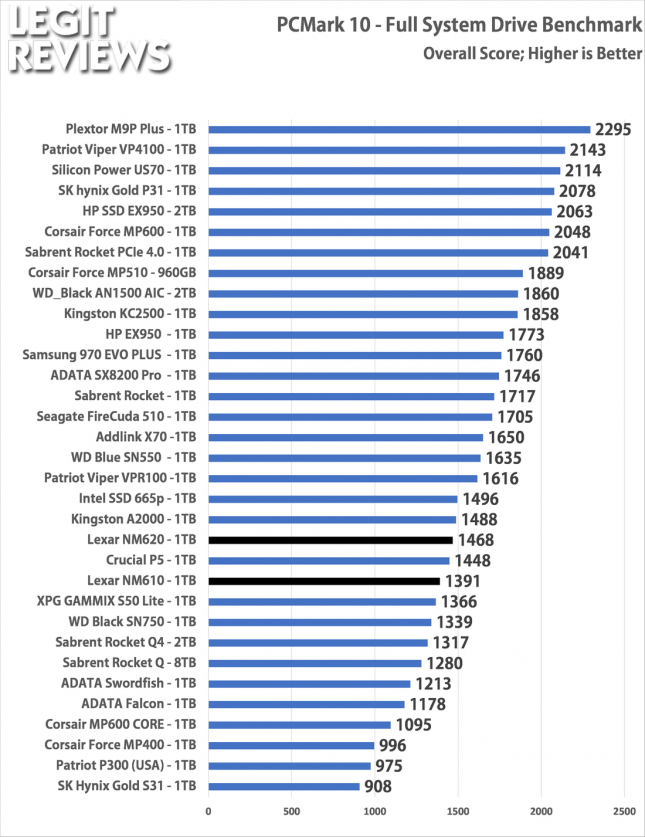 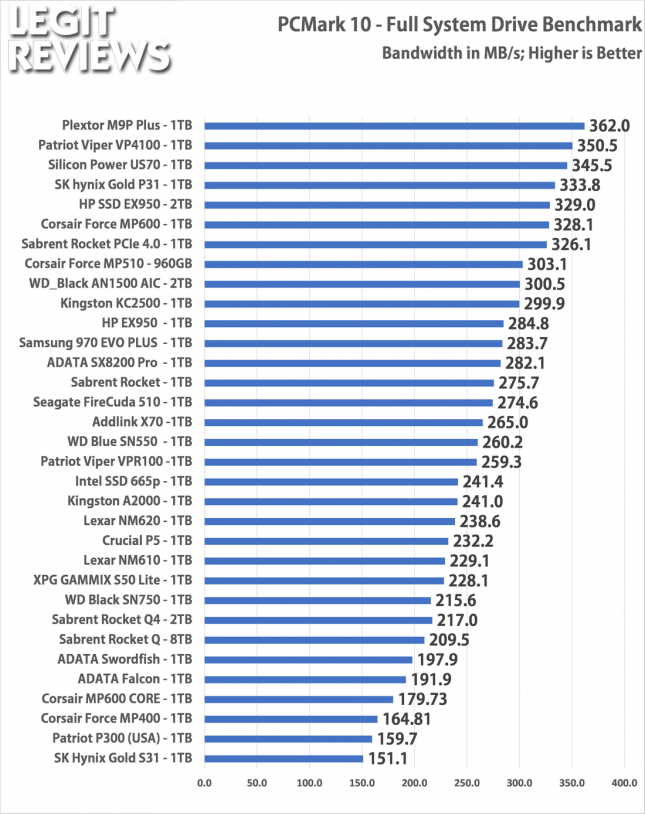 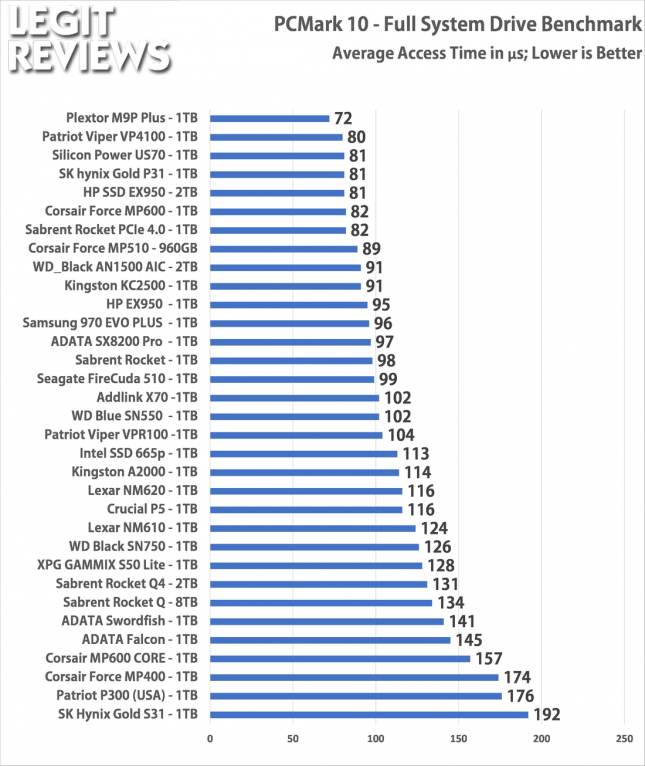 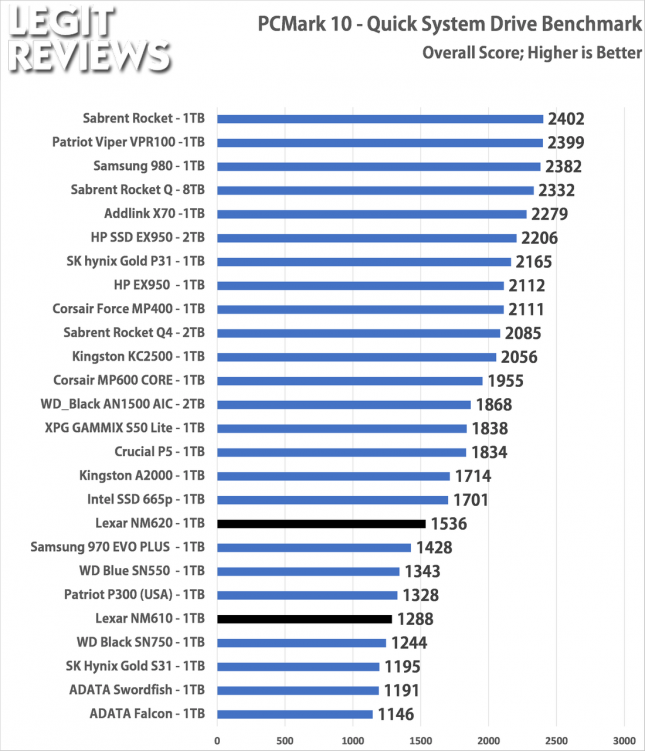 On this lighter workload the Lexar NM620 finished with a score of 1536 points. This benchmark only writes 23GB of data to the drive over the course of the test, so it is much lighter. This is 19% better than the Lexar NM610 1TB drive. 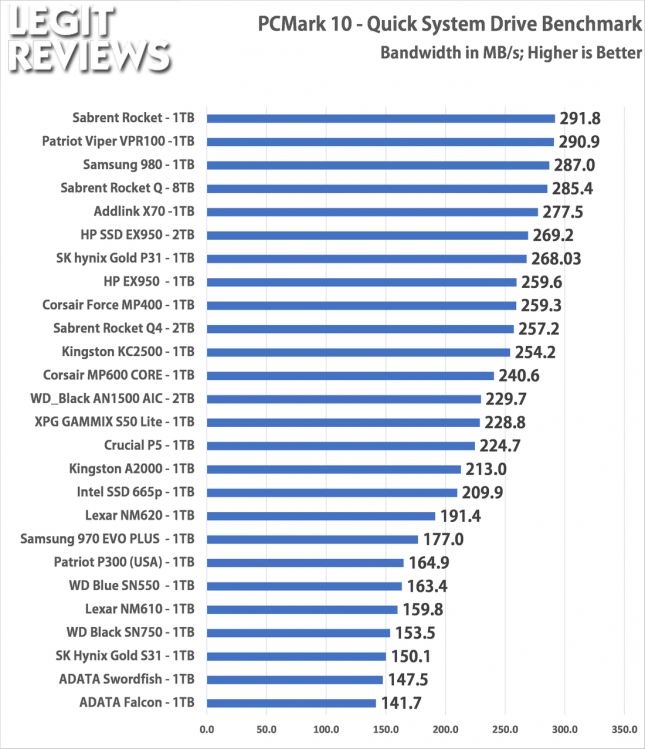 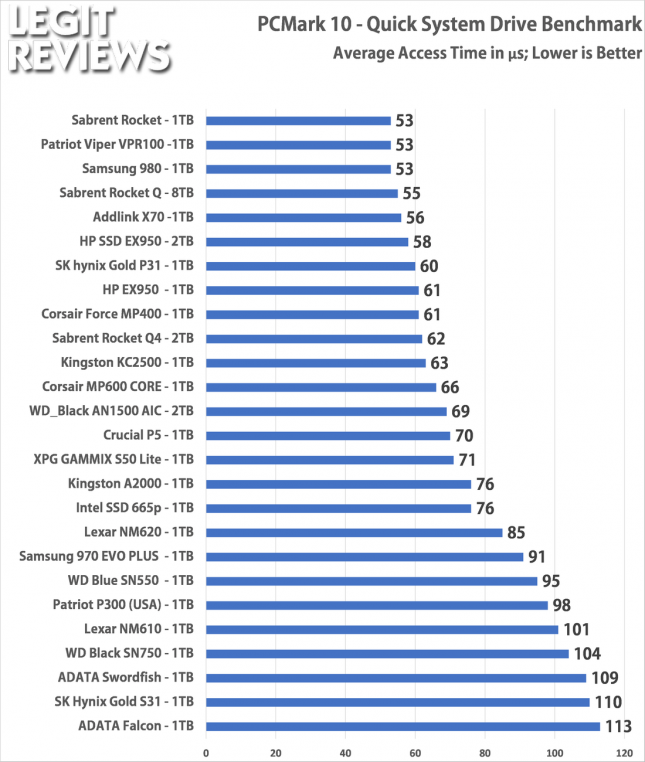 The average access time on the Lexar NM620 1TB SSD was 85 microseconds for the quick system drive benchmark workload.