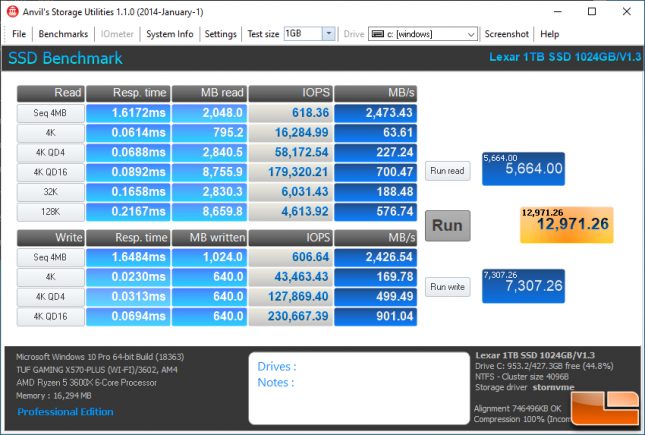 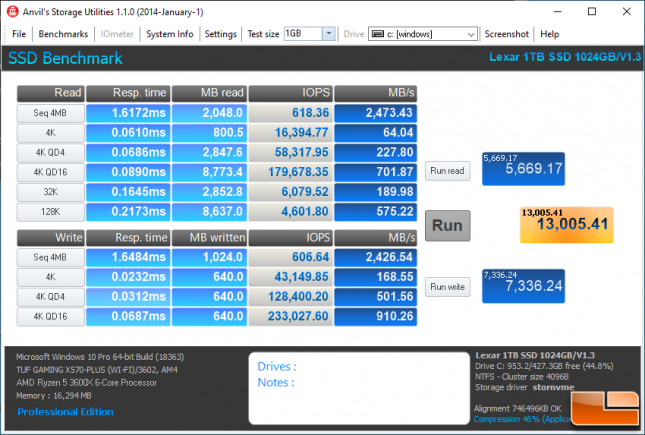 Benchmark Results: With only 46% compression the score was basically the same at 13,005.41 points on the Lexar NM620 1TB NVMe SSD. 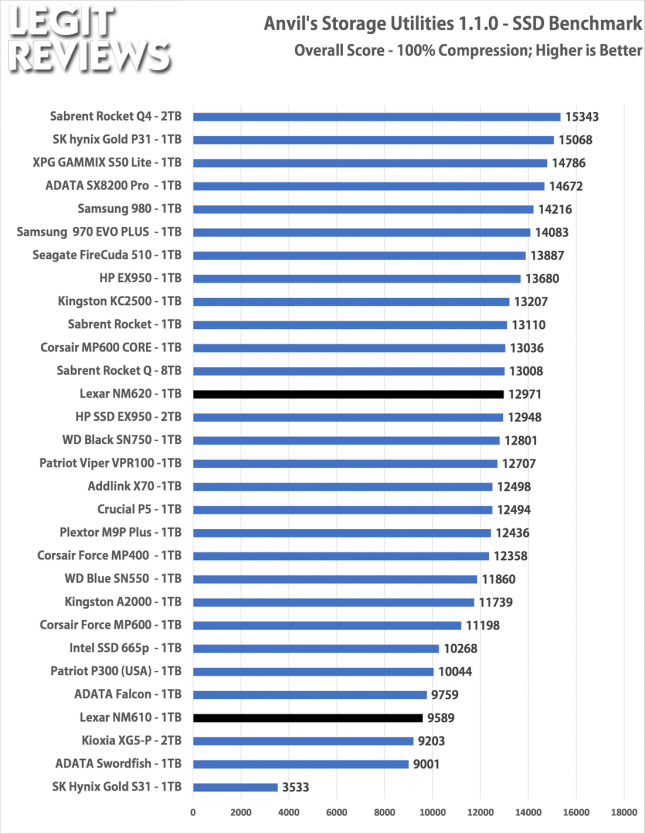 That score puts this drive in the middle of the pack and the NM620 1TB was 35% faster than the older NM610 1TB drive.