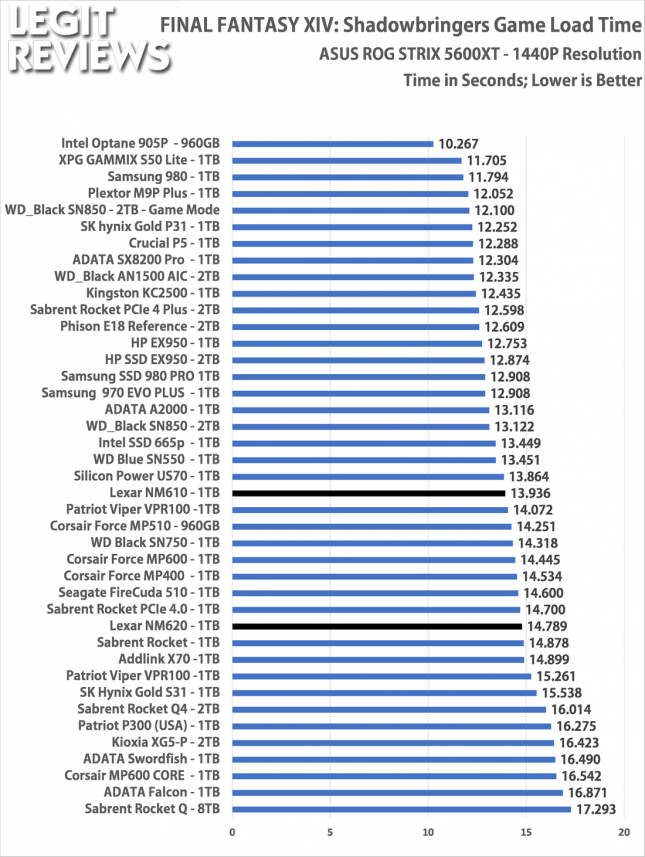 Benchmark Results: When it comes to game load times you are looking at around 14.8 seconds and that is actually about 1 second slower than the Lexar NM610 1TB drive.