All temperature testing was done in a Corsair iCUE 465X RGB case ($154.99 shipped) with an extra Corsair LL Series LL120 RGB fan added to the back of the case to help as an exhaust fan. We then set the fan speed in the UEFI of the ASUS TUF Gaming X570-Plus (Wi-Fi) to run at 50% fan speed.

Using the S.M.A.R.T. temperature sensor we found the Lexar NM620 1TB drive had a minimum temperature 0f 42C, a maximum temperature of 65C and an average of 45C inside our test system with the tempered glass panel on during our period of testing. These are great temperatures! 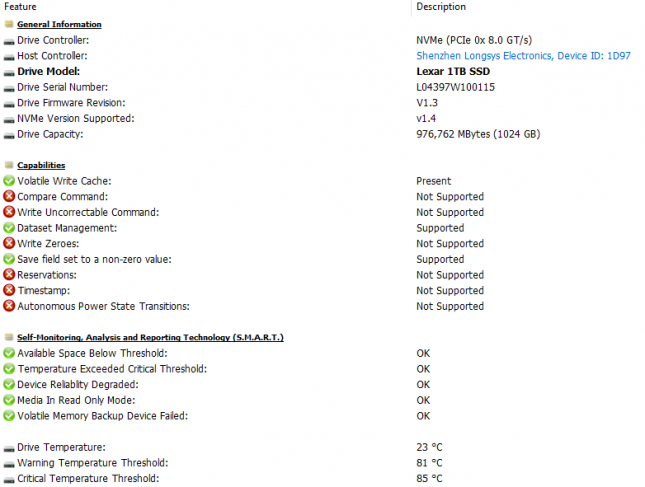